This article is also available in French and German

I have undertaken this review of the case against Dr. Andrew Wakefield because the issues involved are far more consequential than the vilification of one doctor. The issues, as I see them, involve (a) collusion of public health officials to deceive the public by concealing scientific evidence that confirms empirical evidence of serious harm linked to vaccines – in particular polyvalent vaccines; (b) the “willful blindness” by the medical community as it uncritically fell in line with a government dictated vaccination policy driven by corporate business interests. 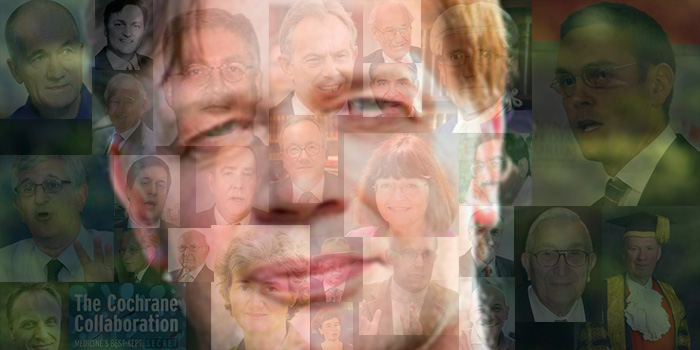 Public health officials and the medical profession have abrogated their professional, public, and human responsibility, by failing to honestly examine the iatrogenic harm caused by expansive, indiscriminate, and increasingly aggressive vaccination policies. On a human level, the documented evidence shows a callous disregard for the plight of thousands of children who suffer irreversible harm, as if they were unavoidable “collateral
damage”.

there is no evidence whatsoever, to support the charge of professional misconduct

All of the documented evidence and testimonies submitted to the General Medical Council, upon which GMC issued its guilty verdicts against Dr. Wakefield and his two co-defendants in 2010, were subsequently forensically assessed by the UK High Court in March 2012, in the appeal of Professor John Walker-Smith, the senior clinician and senior author of the Lancet case series. The High Court determined that the verdicts of professional misconduct and ethics violations were unsupported by the evidence.

Indeed, the adjudicated evidence refutes the case against Dr. Wakefield; the documents and testimonies demonstrate that there is no evidence whatsoever, to support the charge of professional misconduct, much less the accusation of fraud. The accusation of fraud was hurled by the Editor-in-Chief of the BMJ, a medical journal whose corporate ownership is intertwined with the vaccine manufacturing Behemoths, Merck – with whom BMJ signed a partnership agreement in 2008 – and GlaxoSmithKline which provides additional financial support to BMJ. Among their numerous vaccine products, Merck and GSK manufacture the MMR vaccine.

My commentary is buttressed with details from the High Court decision (2012); transcripts of testimony before the General Medical Council (2007- 2010); documents and testimony that have been judicially adjudicated; the sworn deposition of the Deputy Editor of the BMJ with internal BMJ emails(2012); internal correspondence by CDC officials and CDC-commissioned scientists (2000-2009, some uncovered in 2011; new documents obtained in July 2017); the suppressed finding of CDC’s first large-scale epidemiological study (1999) and a transcript of the closed door meeting of the Epidemic Intelligence Service at Simpsonwood (2000); a transcript of the closed meeting of the US Institute of Medicine Committee on Immunization Safety Review (2001); the U.S. Grand Jury criminal indictment of Dr. Poul Thorsen (2011); transcripts of the UK Joint Committee on Vaccination and Immunisation (1988); a confidential report Re: Infanrix hexa submitted by GlaxoSmithKline to the European Medicines Agency (2012) documenting sudden infant deaths; Cochrane Collaboration MMR reviews (2003, 2005, 2012); HHS Inspector General investigation report – CDC advisory panel corruption (2009); CDC scientists letter of complaint about “rogue interests” “questionable and unethical practices” (2016).

Medical doctors recognize the safety problems in the MMR vaccine

How the case against Andrew Wakefield was concocted

APPENDIX 1: The UK High Court Decision in the appeal by Professor John Walker-Smith