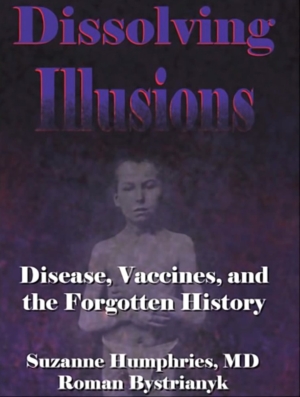 The wisdom of this observation is borne out by empirical evidence demonstrating that so-called “authoritative” sources of medical information are thoroughly corrupted not only by industry manipulation but by government officials, and biased, financially conflicted academic gatekeepers of medical science — i.e., “expert panels” and journal editors.  The most lucrative areas of medicine are the most corrupted by financial conflicts of interest. Our recent focus continues to be the untouchable subject; namely, the largely corrupted vaccine information base. The history of vaccines has been fashioned by eradicating inconvenient historical facts.

For me, the most troubling aspect of the corrupting influence of the powerful vaccine lobby is its apparent success in having averted the focus of the medical profession and academia: from the spiraling number of vaccine-injured children whose existence these authorities deny. However, evidence of their existence is demonstrated by the fraction of those who have been compensated by The U.S. Vaccine Injury Compensation Program (VICP). 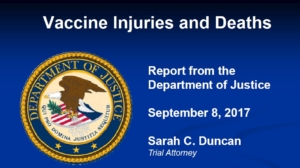 Public trust in professed authoritative sources for information about vaccine safety has evaporated because the “authoritative” government and non-government agencies have consistently misrepresented the safety data. Internal documents, obtained over the years through FOIA requests, have uncovered the concealed evidence that government officials eliminated damning vaccine safety data from the vaccine information base.

(1) The latest uncovered layer of corruption in the professional sources of medical information was reported by Retraction Watch (November 2017). A study by Victoria Wong at The Queens Medical Center in Hawaii, reports that two-thirds of “top tier” medical journal editors are receiving kickbacks from drug/vaccine manufacturers.

“When examining the roles of conflicts of interest in academic publishing, most research focuses on transparency around the payments authors receive. But what about journal editors? According to a new Peer J preprint, two-thirds of editors at prominent journals received some type of industry payment over the last few years – which, at many journals, editors are never required to disclose.”

The study included complete Open Payments data (2013 to 2016) for editors of the top five journals from each of seven disciplines. The study found that within each medical specialty, editors received more in payments from industry than the average doctor; there were wide ranges as to the amounts. It appears that these gatekeepers of science failed not only to comply with disclosure standards that they demand of authors of scientific studies, journal editors fail to adopt any professional guidelines to prevent blatant financial conflicts of interest from corrupting the medical literature.

Among the numerous examples of corrupted science that can be attributed to the illegitimate intervention by journal editors who are financially tied to pharmaceutical companies, is the case of an Israeli study headed by Dr. Yehuda Shoenfeld, an internationally acknowledged, foremost expert on autoimmune disorders.

(2) The Shoenfeld study, Behavioral Abnormalities In Young Female Mice Following Administration Of Aluminum Adjuvants And The Human Papillomavirus (HPV) Vaccine Gardasil, was first submitted to the Journal of Human Immunology where it languished for 8 months and was then rejected by the editor-in-chief, Dr. Racke. According to the American Academy of Neurology, Dr. Racke received personal compensation from EMD Serono, a subsidiary of Merck, the manufacturer of one of the HPV vaccine.

The article was then published in the journal Vaccine (January 2016), until it was summarily withdrawn by that journal’s editor-in-chief, Dr. Gregory Poland, who is chairman of Merck’s safety evaluation committee for vaccine trials.

(3) A recent report in EBioMedicine, (2017) by a team of scientists headed by Dr. Peter Aaby provides confirmatory evidence of vaccine-related harm: 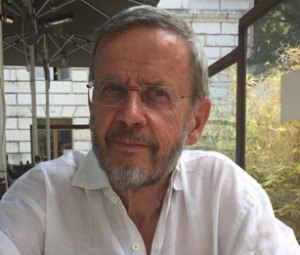 “It should be of concern that the effect of routine vaccinations on all-cause mortality was not tested in randomized trials. All currently available evidence suggests that DTP vaccine may kill more children from other causes than it saves from diphtheria, tetanus or pertussis. Though a vaccine protects children against the target disease it may simultaneously increase susceptibility to unrelated infections.”

The focus of this article is three highly profitable, non-profit organizations – Immunization Action Coalition (IAC) Every Child By Two (ECBT), and the American Academy of Pediatrics (AAP). These organizations present themselves as independent “vaccine educators”; they claim that they are reliable sources of information. The evidence, however – as Peter Doshi has documented, reveals that these organizations disseminate promotional vaccine propaganda, serving as covert lobbyists for their government and corporate financial benefactors upon whom they depend:

The aim of these three vaccine-lobbying promotional organizations is “to increase the federal government’s budget to keep up with the rising cost of the growing vaccination schedule.” (See CDC 2017 Recommended Schedule Birth through 6)  These “advocacy” organizations also actively lobby in support of dictatorial compulsory vaccination policies that would eliminate non-medical, philosophical and religious vaccination exemptions.

(5) Elizabeth Hart pointed out (in a BMJ “rapid response”) to Doshi’s article, that there are far deeper underlying corporate/political forces that dominate global vaccination policy. Thanks to their non-governmental status, as (so-called) “non-profits” they are able to brush off requests for disclosure about the source of their money. Hart points out that ECBT was founded by Former First Lady Rosalynn Carter and Former First Lady of Arkansas, Betty Bumpers; ECBT was also helped financially by the Clinton administration.

Tax-exempt foundations, such as the Carter Foundation, the Clinton Foundation, the Bill and Melinda Gates Foundation, and many more —  are closely tied to the pharmaceutical industry, serving as propaganda conduits. They have been instrumental in promoting aggressive vaccination policies that have generated a vastly lucrative global market for vaccines. According to a MarketsAndMarkets Press Release: the vaccine market generated $34 billion in 2017; it is expected to increase to $49 billion by 2022.

(6) In May 2017, Peter Doshi reported that contrary to the government assertions that its monitoring of adverse effects linked to vaccines is rigorous (having adopted the rigorous sounding term, “pharmacovigilance”) in fact, the FDA/CDC  Vaccine Adverse Events Reporting System (VAERS) captures only 10% of actual adverse events following vaccination. What’s more, the CDC website was inaccessible to the public for an undisclosed period of time. He noted that the problem was not temporary:

“I first alerted officials about the problem a month ago on April 25. When the problem persisted for three more weeks, I decided to write about it for The BMJ, where I work. The website remains misconfigured today, on day 28 (at least; I only know when I discovered the problem, not when the problem actually started).

“The climate for discussions about vaccines is already hostile, and a website address that does not function properly only adds fuel to the fire. At the same time of the outage, the National Foundation for Infectious Diseases (NFID) told more than 750,000 people in a large social media campaign to promote vaccination that “vaccines are safe.” One of the graphics developed for the campaign depicts VAERS as a pillar assuring vaccine safety. Today, this pillar appears to be hollow. (The Scientist, 2017}

(7)  In March 2015, investigative reporter, Sharyl Attkisson (formerly CBS science reporter) discovered that CDC had removed more than a year’s worth of vaccine injury compensation data from the vaccine injury court, which had increased 55% in “a little over one year”.  [Govt Wipes Recent Vaccine Injury Data From Website]

It is chilling to bear witness how an educated class of professionals have abandoned their moral compass and discarded intellectual integrity, by accepting, as they do, the dogma dictated by collaborating vaccine stakeholders, who declare themselves to be “authorities”.

(8) An article in the Toronto Star (Nov. 9, 2017) by Maya Goldenberg is typical  of those who invoke trust in authority, much like faith-based trust in religious authority:

“scientific consensus on vaccines“, she says, should convince  the public to accept the flu shot, and “also childhood vaccines and vaccines for older adults, such as shingles“.

“Consensus statements earn their legitimacy through rigorous debate and scrutiny by expert communities of scientists. The methods include the negotiation of conflicting views in academic conference settings and in expert journals, peer review and the replication of findings”.

In my compilation, Betrayal of Public Trust & Institutional Corruption: Vaccine Safety Ratings & Vaccine Science Falsified, I focus on the hijacking of vaccine “science” by stakeholders in the business of vaccines, who effectively control the content of information regarding vaccines, and the channels for disseminating filtered promotional information — in both professional journals, the mass media and the internet. Indeed, the BMJ has partnerships with both Merck and GlaxoSmithKline. The latter has also formed a partnership with GOOGLE.

These partnerships and multiple collaborating consortia were established to ensure that the public is continuously reassured that vaccines are proven “safe and effective“, and vaccines are the best defense against infectious disease.

For decades medical “authorities” recommended that women take hormone replacement assuring them that HRT was safe and protected long-term health. That widely adopted standard of care turned out to be wrong.  In the largest clinical trial to date, a combination estrogen-progestin pill (Prempro) was found to increase the risk of serious conditions, including *Heart disease *Stroke *Blood clots and *Breast cancer.