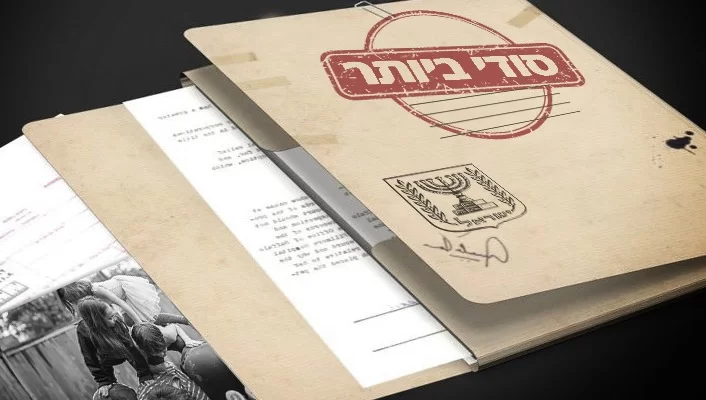 Israel’s Ministry of Health commissioned a study analyzing reports of adverse events from Pfizer’s COVID vaccine to Israel’s vaccine database, known as the Nahlieli system, between December 2021 and May 2022. The research team was headed by Professor Matti Berkowitz, director of the Clinical Pharmacology and Toxicology Unit at Assaf Harofeh Hospital (Shamir).

Prof. Berkowitz’s team found that children in the 5-11-year age group had twice to four times as many adverse events following the Pfizer shot as children in the 12-17 age group. This doubling of vaccine injuries is, in itself, extremely disturbing — and should have been immediately brought to the attention of the nation’s parents.

The parents were not informed. What’s more, the Ministry officials recommended booster shots for youngsters aged 5-11—thereby increasing the risk for serious harm.

Furthermore,  the doubling of adverse events is only the beginning of the bad news.
As Dr. Yaffa Shir-Raz, a health and risk communication researcher at the University of Haifa and at Reichman University, explained: the 2-dose immunization rate for 5 to 11-year-olds is less than 18%, while older children have rates of 55-72% (3-4 times higher).

It is unconscionable that the Israeli Health Ministry knew about the serious risks of harm posed to young children, concealed the evidence, and further expanded the ever-increasing risk for children by authorizing the use of these UNSAFE and medically unjustifiable genetically manipulated injections for infants and toddlers!

The disturbing findings by Prof. Berkowitz and his team are not the first warning signal regarding the safety of Pfizers’ COVID vaccine in children.

Active monitoring for adverse events was conducted by the HMOs in Israel for about four months among 172 children aged 5-11, who were vaccinated as an initial group outside the label (under the authorization of the vaccine for kids 12-15 years old), also demonstrated acute safety signals (Ministry of Health circular: “Vaccination of kids aged 5-11 years against the new Coronavirus – an exception for individual cases from 27.7.21”, reference 548562821). Another flashing warning light rises from the gap found among vaccinated kids aged 5-11 years old between the number of those who received the first dose and the number of those who received the second dose. According to data from the Ministry of Health, there is a gap of 92,000 children.

This study and the data from the US FDA-CDC database – Vaccine Adverse Event Reporting System (VAERS) — contradict a flood of commissioned articles in scientific journals that have sought to shield the experimental injections by falsely blaming Covid infection for the admitted increase in cardiac inflammation and deaths. Public health officials in the U.S., Canada, Australia, Israel, and Western Europe, ignored the warnings and the mounting evidence of irrevocable harm from the public.

To gain insight into the scope and magnitude of harm to individual, previously healthy Israelis, I highly recommend that you check Avital Livni’s Israel Testimonies Project

Having escaped the Nazi genocidal agenda, I am ever more convinced that we are being confronted with a genocidal war on a global scale. The genetically manipulated mRNA injectables are technologically advanced bioweapons. 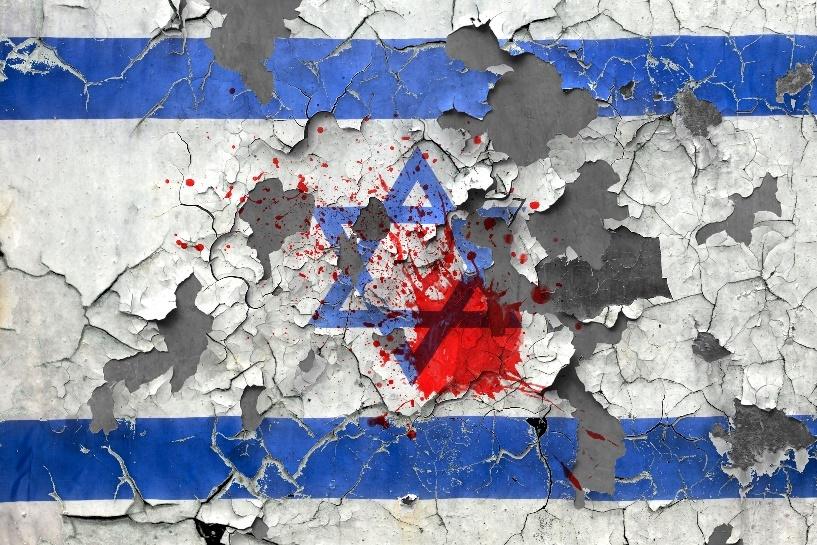 Children aged 5-11 are suffering vaccine injuries, including neurological adverse events, at about 6 times the rate of 12 to 17-year-old children.

Israel’s Ministry of Health commissioned a study analyzing reports of adverse events from Pfizer’s COVID vaccine to the nation’s vaccine database, known as the Nahlieli system, between December 2021 and May 2022. The research team was headed by Professor Matti Berkowitz, director of the Clinical Pharmacology and Toxicology Unit at Assaf Harofeh Hospital (Shamir).

In raw numbers, Berkowitz found that children in the 5-11 age group had twice as many adverse events following the Pfizer shot as children in the 12-17 age group. That doubling of vaccine injuries is, in itself, extremely disturbing and should have been immediately brought to the attention of the nation’s parents.

Unfortunately, the doubling of adverse events is only the beginning of the bad news. Dr. Yaffa Shir-Raz, a health and risk communication researcher at the University of Haifa and at Reichman University (IDC Herzliya), notes that the 2-dose immunization rate for 5 to 11-year-olds is less than 18%, while older children have rates of 55-72% (3-4 times higher).

While there are slightly more children in the 5 to 11-year-old group than in the 12-17 age group, it does not come close to accounting for the mind-blowing rate increase in the younger group.

The findings by Professor Berkowitz were presented to the Ministry of Health’s Department of Epidemiology about three weeks ago, in early June 2022, together with graphs depicting the severity of the data, broken down by injury types, as well as additional alarming information:

. . . the team identified and characterized neurological symptoms that were not previously known and are not mentioned in the physician’s leaflet of Pfizer’s Comirnaty vaccine, including Hypoesthesia (partial or complete decrease in skin sensitivity), Paraesthesia (abnormal skin sensation such as numbness, tingling, stinging or burning), tinnitus, dizziness and more. [Emphasis added].

Changes to the menstrual cycle are long-lasting

Dr. Shir-Raz reports that Pfizer representatives have claimed to have “no knowledge of long-term adverse events.” The research team found, however, that many side-effects of the vaccine are indeed long-term. In the case of changes to the menstrual cycle, 90% of the women reported the change to be long-lasting. Thus,

the research team made it clear to the Department of Epidemiology that Pfizer needed to be notified regarding the long-term adverse events identified. [Emphasis added].

Pfizer should be informed, but not the public?

What you don’t know can hurt you

When some three weeks passed without the Health Ministry making these findings public, those privy to the information became concerned that parents were not being given the information necessary to act with “informed consent” in determining whether to inject their own children.

The concerned individuals then leaked the data and graphs, which eventually came into the hands of the Professional Ethics Front, an independent Israeli group of physicians, lawyers, scientists, and researchers, who “aim to address the ethical issues related to the COVID-19 crisis in Israeli society.” This watchdog group addressed a letter and follow-up correspondence to the official State Comptroller of Israel, Matanyahu Englman, a Knesset appointee charged with overseeing the legality and ethical conduct of public sector institutions:

The findings have been brought to our attention, and they are serious and indicate a risk to children, and in particular to young children aged 5-11 …

The group argued that the information should be disclosed, even if the data is still expected to go through additional analysis,

Out of fear that there is a blatant violation of parents’ right to informed consent, and because it constitutes gross negligence, and puts children and infants at risk”.

Too busy to respond?

Despite Israeli law making it clear that the State Comptroller act independently of the executive branch, they have not responded in any way to the group’s requests, prompting the group to file a Freedom of Information Request (FOIA) to get the full report to the public with an acknowledgment of its authenticity. This delay in response comes even as Israel has just approved booster shots for young children and stands poised to add babies and toddlers to the COVID vaccination schedule.

Matches previous reports on the danger to small children

This passive monitoring analysis (based on reports initiated by parents) matches the alarming findings from an active monitoring study of adverse events in children aged 5-11 in Israel (tracking every child in the study), which “also demonstrated acute safety signals.”

Matches findings of danger to babies

If small children are having difficulty absorbing the contents of the COVID vaccines, one might expect babies and toddlers to also face dangers from the injections. That is just what Dr. Shir-Raz found in an analysis she conducted with her colleague Ranit Feinberg of Pfizer data on children under 4:

. . . contrary to the FDA’s briefing document claiming that the majority of adverse events in Pfizers’ clinical trial were non-serious – at least 58 cases of life-threatening side effects in infants under 3 years old who received mRNA vaccines were reported. For some, it is unclear if they survived …

Shir-Raz found the most common serious adverse events to be

life-threatening bleeding, anaphylactic shock, anticholinergic syndrome, encephalitis, hypoglycemia, and neuroleptic syndrome. In most of the reported cases, these are multi-system injuries.

In one egregious case, with no indication of whether the baby was enrolled in a Pfizer experiment and lacking any other explanation about how a baby just a few weeks old received the COVID shot, Shir-Raz reports,

“Chest pain; cardiac arrest; Skin cold clammy.” This short description of a cardiac arrest, which occurred one hour after receiving a Pfizer-BioNTech COVID-19 vaccine, is taken from the VAERS system – the US Vaccine Adverse Event Reporting System (case number 1015467), and it does not refer to an elderly person, nor to a young adult or even a teenager. It is hard to believe, but this report refers to a two-month-old baby.

This case was reported as serious with seriousness criteria-life threatening from HA. No follow-up attempts are possible. No further information is expected.

Endonuclease Fingerprint Indicates a Synthetic Origin of SARS-CoV-2  SARS-CoV-2 is the virus that caused the disease COVID-19.   END_OF_DOCUMENT_TOKEN_TO_BE_REPLACED