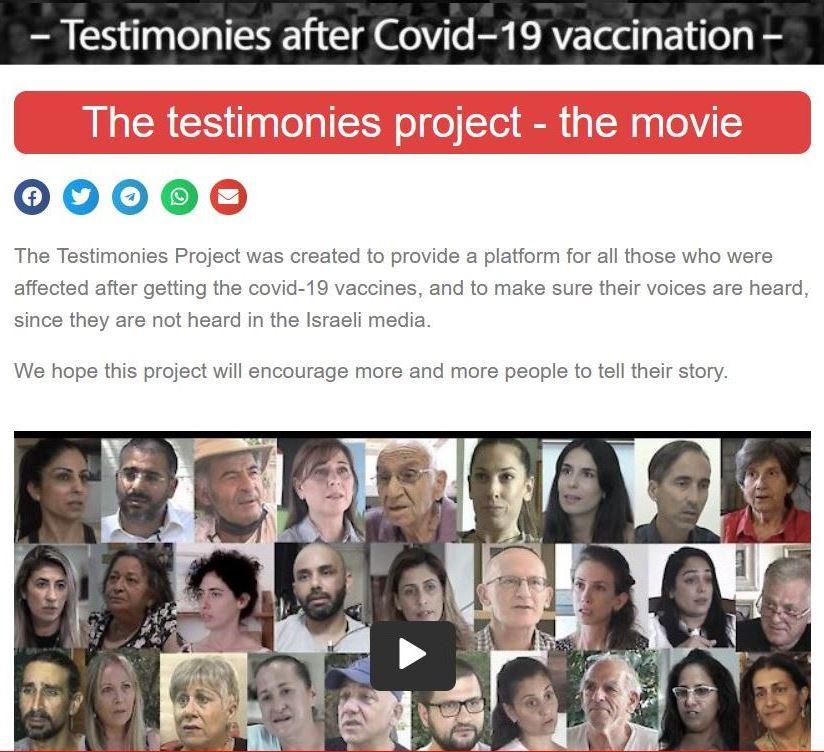 US Public Health officials and the medical establishment have co-partnered with Pfizer and Moderna, while Israeli officials have delivered Israel to Pfizer as the world experimental lab and the Israeli population to serve as experimental guinea pigs. They have authorized massive use of an ever-increasing number of experimental injectables –despite accumulating evidence that the shots have been followed by hundreds of thousands of human casualties – including children and babies.

Government officials and a complicit mass media have continued to deceive the public by repeatedly declaring in unison – as in a religious ritual – Covid vaccines are “safe and effective.”  They chant “safe and effective” while they are concealing the mounting data and ignore hard evidence of serious, irreversible harm – including preventable deaths — following these injectables.

This study and the data from the US FDA-CDC database – Vaccine Adverse Event Reporting System (VAERS) — contradict a flood of commissioned articles in scientific journals that have sought to shield the experimental injections by falsely blaming Covid infection for the admitted increase in cardiac inflammation and deaths. Public health officials in the U.S., Canada, Australia, Israel, and Western Europe, ignored the warnings and the mounting evidence of irrevocable harm from the public.

Public Health officials and the medical establishment — in most Western industrialized countries — have turned a deaf ear and ignored the pleas of eminent, highly experienced, conscientious doctors and scientists who have been warning about the high risks posed by the experimental, untested genetic technology.

Conscientious doctors have emphasized that physicians are obliged to adhere to medicine’s ethical, precautionary principle; “First, do no harm.” Medical doctors who have taken the Hippocratic Oath swore to uphold that Oath under all circumstances – declared emergencies are no exception. Doctors who deviate from the “do no harm” principle are subverting medicine from its healing profession.

Israeli Government Ministry of Health officials concealed evidence of serious harm
They concealed evidence showing that children aged 5-11 who were subjected to the experimental Covid injections are suffering serious vaccine injuries — including neurological damage — at about 6 times the rate of injuries that 12–17-year-old children have experienced.

The study, commissioned by the Ministry of Health, also indicates new adverse events not reported in Pfizer’s leaflet and that some adverse events last more than a year. Despite being aware of these findings, the MOH is hiding them from the public and has recently authorized the booster dose for ages 5-11 and is preparing to approve the vaccine for infants

New Data From Ichilov Hospital: A drop in the number of live births starting 9 months after the beginning of vaccine rollout.

Faced with numerous reports of menstrual cycle disruptions following mRNA vaccination, health authorities have claimed that even if there is a rise in complaints, it’s only temporary discomfort. However, new data released by Ichilov show a drop in the number of live births, beginning exactly 9 months after the vaccine rollout began.

The Israeli Ministry of Health (MoH) conducted a survey of about 2000 people 3-4 weeks after they received the third (booster) Pfizer COVID-19 vaccine, asking them about adverse events they experienced. The results are absolutely devastating to the COVID-19 vaccine program and the push for vaccine mandates

Documents obtained through FOI Act in the US and Australia reveal: The FDA ignored the serious findings and did not require the company to perform further toxicity tests. The findings were concealed, and the vaccine was classified as safe for use in pregnancy

A video documenting merely a few of the many tragic “sudden deaths” among people in the Orthodox Jewish community– since the rollout of the Covid vaccines—was assembled by a member of the community. These represent only a fraction of the deaths. Many of these casualties had accepted the injections just to be able to travel – to Israel…

The haunting music is a prayer to God to avenge their deaths, bring redemption, and punish the evildoers who are responsible for the untimely deaths. 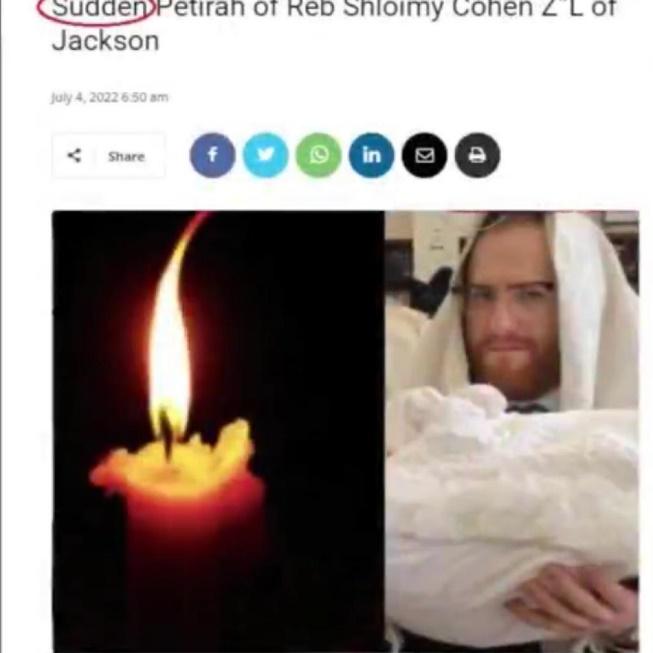