Urgent Action Required to Maintain Our Medical Freedom to Choose

FYI & Action
History is repeating itself! Once again, a massive propaganda machine has fomented disease hysteria, preempting rational public health policy decisions. Last time around, coercive medical sterilizations were performed in the U.S.; their goal was to “cleanse the genetic pool of undesirables”. This time around, the objective is to increase utilization of vaccines, and thereby increase ever higher profit-margins.

The pharmaceutical industry in partnership with the U.S. government is determined to increase vaccination uptake by stripping parents of their human right to exercise their parental responsibility, which is to protect their child from risks of harm.

A growing number of parents have raised doubt about the assurances given that all vaccines are “safe and effective”. Parents are raising concerns about the empirical evidence of an ever increasing number of vaccinated children who suffer from debilitating chronic illnesses as never before. The failure of public health officials to examine the evidence and identify the cause of children’s chronic ailments, focusing solely on vaccination rates, has resulted in the loss of trust.

Measles outbreaks are a factor of the real world: in 2018, CDC reported “Measles Outbreaks in a Highly Vaccinated Population — Israel“. In fact, measles outbreaks among vaccinated populations have been reported worldwide; in New York City, measles transmission occurred from vaccinated healthcare providers.  These failures are evidence of waning vaccine immunity which contrasts with lifelong immunity for those who contract the disease.

In response to increased expression of concern about vaccine safety, a coordinated effort is underway to silence opposition. World Health Organization declared vaccine hesitancy among the 10 serious “threats to global health in 2019”; the corporate media and the corporate-owned social media –e.g., Google-owned YouTube, Facebook, and others have deployed censorship measures to silence commercially threatening points of view. 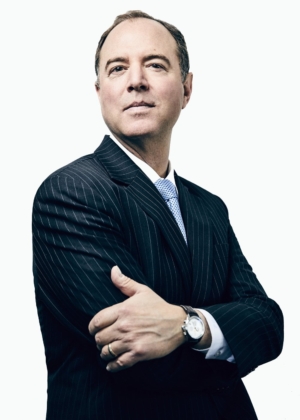 They were urged to do so by Congressman Adam Schiff (California Democrat) who sent the following letter on Valentine’s Day, to Mark Zuckenberg of Facebook, reiterating the vaccine industry mantra:

“The scientific and medical communities are in overwhelming consensus that vaccines are both effective and safe. There is no evidence to suggest that vaccines cause life-threatening or disabling diseases, and the dissemination of unfounded and debunked theories about the dangers of vaccines pose a great risk to public health.” 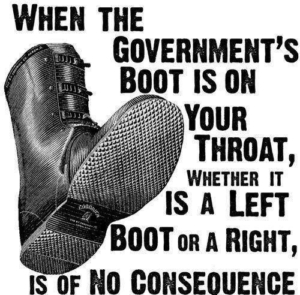 These hearings must have fair representation of those affected by such a foreboding policy, and by independent scientists.

Action needs to be taken now, to prevent the government from dictating what is injected into our children, and when. Not all infectious diseases are equal in the threat they pose; vaccines are not equal in their safety profile, nor in the level of protection they provide.

It’s crucial that as many parents and advocates as possible are in attendance at both these hearings. And if your Senator or Congressional representative is on one of these committees, it is critical that they hear from you! Click here for the Energy & Commerce Oversight and Investigations Subcommittee members and here for the HELP Committee members.

The issue is about the proposed abolition of the human right to make informed decisions about medical interventions. In this test case, at issue is the right of parents to protect their baby and young child from vaccines that are legally classified as “unavoidably unsafe”. It was in the wake of serious harm caused by vaccines – including infant deaths – that vaccine manufacturers were protected by the U.S. government from ALL liability.

It is imperative that each of you contact your Congressional representatives and Senators starting right now.

The following points need to be emphasized:

If you have a vaccine-injured child, tell your story. This personal input to those who represent you in our nation’s capital illustrates the harsh reality of a vaccine program geared towards industry profit rather than public health.

We have much more information on all the many ways our government has failed to protect our children here and factual information that may aid in the defense of health freedom and pushing back mandates here.

The future of medical freedom is at stake. Ensuring that our federally elected representatives hear from all of us through emails, faxes and phone calls to both their DC and district offices has never been more important than it is at this moment. If we are to maintain medical freedom and protect the health of generations to come, we need to raise our united voices now! Please share this alert with friends and family and urge them to do the same.