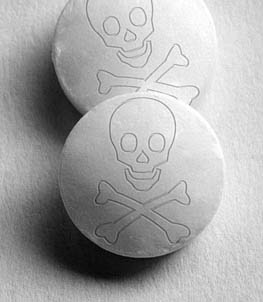 In my last post I highlighted the call for the retraction of GSK Paxil study 329 & censoring the so called KOL doctors behind this criminal, unethical, & immoral medical charade perpetrated for profit by the pharmaceutical industry.

Now Paul Thacker & Pogo have joined the chorus of those demanding answers, accountability, and change: http://bit.ly/jpvqCT

Author of Ghostwritten Study Runs for Parliament in Canada The night before I spoke last week at the University of Toronto conference on corporate funded ghostwriting in medicine, the university held a dinner at a French bistro for the conference speakers. It was election night in Canada and everyone at the table was buzzing about Dr. Stan Kutcher, a psychiatry professor at Dalhousie University who was running for Parliament.

Under legal threat from Dr. Kutcher, The Coast, a small Canadian newspaper, retracted and then apologized for a story that investigated a study Dr. Kutcher published on Paxil. Known as “Study 329,” this clinical trial was funded by GlaxoSmithKline (GSK) and concluded that Paxil is “generally well tolerated and effective for major depression in adolescents.”

Unfortunately for Dr. Kutcher, GSK was sued in the United States for hiding evidence of the link between Paxil and suicide. Numerous internal emails and documents are public and Study 329 now pops up in most discussion whenever experts talk about corruption in medical research.

If you’re new to the issue, corporate funded ghostwriting involves a pharmaceutical company that hires a PR firm to write medical studies. The PR firm then presents the manuscript to academic physicians to sign their names on as authors. Sometimes, the authors make only minor changes. The professors get credit for a publication to add to their CVs, and the pharma company gets a study that is “authored” by physicians who are leading researchers in their field and appear to be independent.

The practice of ghostwriting drives up the costs of healthcare, because these studies trick doctors into prescribing drugs that may be more costly, and sometimes less safe. These studies can also be used to seek approval by the FDA and payment from federal healthcare programs. In the case of Study 329, GlaxoSmithKline used the study as a tool to market Paxil for use on children, until both the FDA and its British counterpart warned doctors to stop prescribing Paxil to children because it could cause them to commit suicide.

Last November, POGO sent a letter to National Institutes of Health (NIH) asking why taxpayers were funding researchers involved in Study 329 when it was ghostwritten and flawed.

Anyways, the retracted article in The Coast detailed some of Study 329’s problems and quoted Alison Bass, a former medical writer at The Boston Globe. Ms. Bass wrote an extensively referenced book titled Side Effects on the scandals and corruption involved in Study 329. The book was widely reviewed by media such as The New York Review of Books and The Canadian Medical Association Journal.

But her book isn’t the only detailed account of ethically questionable behavior in Study 329.

In January 2007, the BBC ran an investigative report on Study 329, calling it “one of the biggest medical scandals of recent times.” The BBC released several internal company documents purporting that GlaxoSmithKline knew that Study 329 was flawed years before the results were published. The BBC also quoted Fiona Godlee, editor of the British Medical Journal, who called Study 329 a “problem” in scientific research.

The list of studies and experts critiquing Study 329 goes on and on.

I vote for Paxil!

So with such an extensive public record on corruption in Study 329 (just use Google, for goodness sake!) how did Dr. Kutcher characterize Study 329?

“I don’t think that study caused any particular controversy,” he said. “There certainly is a group of people who would like to cause a controversy around it, but science is nasty, brutish and long.”

Nasty and brutish? No doubt. Especially, when all those documents and reports on Study 329 are splashed across the Internet.

Still, The Coast apparently ran afoul of Canadian law by publishing a negative story so close to the time of an election. After The Coast retracted and apologized, Dr. Kutcher dashed off a press release.

“It comes as a great surprise that The Coast is confusing opinion with science,” he wrote. Dr. Kutcher then crowed, “[T]his is something we are more accustomed to hear from the American right wing than the Canadian left wing.”

Intrigued, I called the contact person listed at the bottom of the press release, Layton Dorey. When I asked if he had looked into the problems with Study 329, he said that I should contact Dr. Kutcher at his university.

Long pause…more pause…finally… “I’m not in a position to discuss that,” Mr. Layton said.

We then agreed that I would email him questions. He never responded.

I also sent questions to Dr. Kutcher. I then called to confirm that he had received them.

Yesterday morning, Dr. Kutcher’s attorney sent a terse email, writing that Dr. Kutcher would not be commenting further on The Coast article. I extended another offer for Dr. Kutcher to respond to questions about Study 329.

For the edification of readers, Canadian voters, and parents whose children were prescribed Paxil, we have provided those questions below. Feel free to provide any answers you feel are pertinent in the comment section of POGO’s blog.

Questions for Stan Kutcher regarding press release and Study 329

I need to ask you some questions regarding the press release on Tom Bosquet’s [sic] article and the comments by author and former Boston Globe medical reporter, Alison Bass. I am an investigator at the Project On Government Oversight (POGO) in Washington. I’m working on a deadline for this, so I need your responses by tomorrow 5 p.m. EST.

In case this is the wrong email, or if you are out of town, I am copying the head of your department to ensure you get them before the deadline.

1. In the press release, you note that Alison Bass is “a writer who is among those most frequently cited by the Citizens Commission on Human Rights.” What exactly are you implying with this statement?

2. Do you have any information that Alison Bass is a Scientologist and/or is a supporter of Scientology’s public campaign against the field of psychiatry?

3. Alison Bass wrote a book alleging corruption in Study 329 titled Side Effects. The book received positive reviews in, among other places, The New Journal of Medicine, The New York Review of Books, The Boston Globe, and the Canadian Medical Association Journal. Were there errors in this book, and if so, could you please explain?

3. Your press release also states: “Dr. Kutcher intends to launch a defamation suit against the publication as a result of its inflammatory innuendo and the potential to damage his personal, professional and political reputation.” Does you plan a defamation lawsuit against Alison Bass for the book Side Effects?

4. In January 2007, the BBC ran an investigative report on Study 329, calling it “one of the biggest medical scandals of recent times.” Do you feel that the BBC, like The Coast, is guilty of “inflammatory innuendo”? If not, why not? Please be as expansive as you wish, in your response.

5. Dr. Fiona Godlee, editor of the British Medical Journal, told the BBC that Study 329 is an example of a “problem” in scientific research. “[W]e have to work very hard not only to uncover cases such as this but to work out how to prevent things like this happening in the future,” she said. How do you respond to Dr. Godlee’s charges against your study?

6. Jon Jureidini, associate professor of psychiatry at the University of Adelaide, and Leemon McHenry, lecturer in philosophy at California State University Northridge, published a study in 2008 that examined Study 329 and charged that the authors selectively reported results that favored GlaxoSmithKline. They have called for Study 329 to be retracted. How do you respond to their charges?

7. Drs. Jeffrey Lacasse and Jonathan Leo published a study in PLOS Medicine last year charging that Study 329 was ghostwritten by a company paid by GlaxoSmithKline and misrepresented data. How do you respond to their charges and do you plan to write a letter to PLOS Medicine to set the record straight?

8. Last November, POGO sent a letter to the National Institutes of Health charging that Study 329 was ghostwritten and “clearly flawed.” We attached several document to our letter to support the claims of ghostwriting. Do you have documents to counter our claims? If so, will you make them part of the public record?

9. Are you required to disclose your financial conflicts to your university as is required here in the United States? If so, what was your financial relationship with GlaxoSmithKline at the time of Study 329’s publication? How much money have you received from pharmaceutical companies in the last two years?

10. Within two years of Study 329’s publication that found efficacy for Paxil in adolescents, the United Kingdom government warned British physicians to not prescribe Paxil for children due to fears of potential suicide. In May 2004, our own FDA issued a similar warning. Why do you think these two regulatory bodies came to dramatically different conclusions from your own published research?

Thank you so much for your time. I really appreciate it. Again, I need a response to our questions by tomorrow at 5 pm EST. If you have any other questions, please feel free to give me a call.

Paul Thacker is a POGO Investigator.