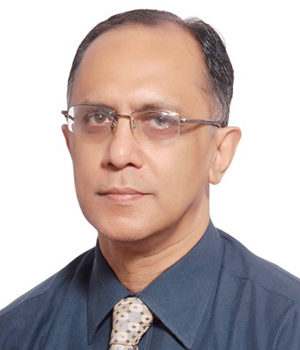 Such policies are promoted by the powerful VACCINE INDUSTRY; its profit-sharing stakeholders in government, academia and so-called nonprofits — such as the Bill and Melinda Gates Foundation and The Global Alliance for Vaccines and Immunization (GAVI) whose board of directors includes vaccine manufacturers.

For example, GAVI offers “subsidies” to entice governments in underdeveloped countries to include vaccines of questionable health benefit. Once these vaccines are added to the country’s national immunization program, GAVI withdraws the “subsidies” putting the entire cost burden on poor countries. This “bait and switch” marketing strategy has been developed by vaccine stakeholders masquerading as “Advocates.”

“the confidentiality clause is not limited to proprietary matters; and NTAGI members are prohibited from divulging discussions, opinions or decisions for 10 years after leaving the committee that decides on the new vaccine.”  [Doctors Resist Deadly Vaccine, IPS News, 2014]

Dr. Puliyel is in the forefront challenging the powerful vaccine lobby with evidence negating their false claims about benefits of vaccines whose value for Asian populations he questions. These include: the Hib Influenza vaccine, HPV Human Papilloma Virus vaccine, and the pentavalent vaccine aimed at five viruses.

According to India’s Health Ministry, 54 babies died in 2013 soon after receiving the new “pentavalent” vaccine — which is promoted as conferring immunity against 5 disease-causing microbes: Hib Influenza, Hepatitis B, Diphtheria, Pertussis and Tetanus. But instead of conferring immunity, the vaccine is putting children’s lives at risk while diverting scarce funds. Dr. Puliyel pointed out, using the health ministry’s figures, an average of one death has occurred for every 4,000 babies vaccinated with pentavalents.

If the birth cohort in India of 25 million is vaccinated with pentavalents, 6,250 babies will die each year from adverse effects following immunisation. . . . The huge cost in terms of lives lost from [adverse reactions] from the combined pentavalent vaccine is difficult to justify — the time-honoured DPT vaccine had a far better record for safety.

The Hib vaccine was promoted jointly by the World Health Organization  and GAVI; their press release misrepresented the finding of a Hib trial in Bangladesh which found the vaccine to have no benefit for those stricken with pneumonia or meningitis. Dr. Puliyel’s rebuttal to a fear mongering article in The Guardian (Oct 11, 2010) is specifically aimed at the Hemophilus Influenza type B (Hib) vaccine; excerpts are posted below.

You write that ‘Indian lobbying groups, led by opposition politicians’ claim Haemophilus influenzae vaccine (Hib), and the decision of the Government of India to re-examine its usefulness ‘is putting lives at risk’.

I am a member of the National Technical Advisory Group on Immunization (NTAGI); Government of India. I know of no politician in the opposition that is leading any lobbying group against vaccines. I wonder if mention of this was made to suggest that it is ‘opposition agenda’ and to sound a clarion call to the ruling coalition to stand united against it.

For a vaccine to be introduced into the national immunization programme, it must reduce disease burden sufficiently to justify its costs. Unfortunately Hib does not fit that bill in Asia. Repeatedly, Asian studies have shown there was no reduction in meningitis or pneumonias among those who received the vaccine.

After the Hib study in Bangladesh international agencies — including Johns Hopkins, the Bill and Melinda Gates Foundation, the World Health Organization, and the Global Alliance for Vaccines and Immunization (GAVI)) — brought out a misleading press release saying the study showed the vaccine was useful. This story was exposed in the British Medical Journal recently.

It is clear the vaccine does not save any lives — it merely swallows up funds that could have been used for genuine life saving interventions — like the provision of clean potable water.

The pneumococcus strains prevalent in India are nearly all sensitive to inexpensive antibiotics like penicillin. In the US which has been using the pneumococcal vaccine for some years now, there has been a strain shift — strains covered in the vaccine are being replaced by other strains. Ominously the new strains are more antibiotic resistant00. The Hib Vaccine has simply made the problem of pneumococcal disease worse. Yet this vaccine is being pushed in Africa and Asia.

India is a country where 50% of the population, do not receive the 6 basic vaccines against diphtheria, whooping cough, tetanus (DPT), polio, tuberculosis and measles. The incremental cost of complete immunization with these vaccines is less than US $0.75 (Rupees 30) per child.

Again today, I had the heart wrenching experience of explaining to a mother about the death of her 8 year old girl with diphtheria. Both the mother and my Registrar at the bed-side were distraught. A week ago we had another death from the same disease.

The push to include expensive new vaccines must be viewed in this context. The ‘pentavalent vaccine’ that is being canvassed, on its own, will increase cost of DPT immunization twenty-fold.

It is not about lives lost in poor countries — it is all about the cash register. These organizations and their sponsors have profit margins to protect. Ethics is not a major issue with them.