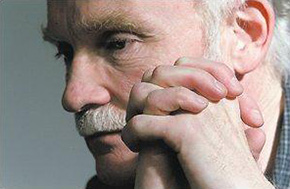 John Pesando MD, PhD, an oncologist, did what few doctors have the courage to do; which is to blow the whistle on wrongdoing at his own medical center. Dr. Pesando risked his career by sounding the alarm over Protocol 126, a dangerous, unethical human experiment at the Fred Hutchinson Cancer Research Center in Seattle. “What you’ve got in this guy is a rarity. You’ve got somebody who has the credentials. He’s seen all this, he’s on the inside, and he’s coming forward. That’s very, very rare.”

Dr. Pesando, who was a member of the Institutional Review Board, was concerned about the dubious science behind the experiment; there had been inadequate prior research on dogs before moving on to tests in humans. Protocol 126 researchers subjected the healthiest patients — whose chance of survival with current best treatment was good. Dr. Pesando saw no need to subject those patients to undue high risk. What’s more, the consent form was misleading; patients were not informed about those risks.

Furthermore, he was concerned about the financial conflicts of interest that were driving Protocol 126; the researchers and the Hutchinson Center had a stake in the biotechnology company that owned the rights to the drugs used in the experiment. For nearly two decades Dr. Pesando tried to stop the trial because patients enrolled in the experiment were dying — including some people who otherwise would be expected to live. “Real people lost their lives, and there was no way to stop it.”

Grant Fjermedal, a science and medical journalist and author of “Magic Bullets” (1991) encouraged Dr. Pesando to share his concerns with the proper authorities, which he did but no avail — until he went to The Seattle Times in 1998. The Times’ series, Uninformed Consent, won numerous awards.