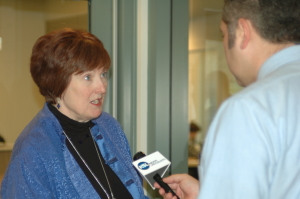 On April 4, 2016, Dr. Judith Pinborough-Zimmerman, the former Principal Investigator for the CDC’s Autism and Developmental Disabilities Monitoring Network (ADDM) in Utah, filed a whistleblower lawsuit in the U.S. District Court. Dr. Zimmerman charged University of Utah researchers for CDC’s Network with “publishing data under people’s names who had not done the work and that the data contained uncorrected errors.”

“Depositions from Zimmerman and her former colleagues suggest that the alleged data errors were serious and have the potential to produce major differences in reported Utah autism rates. In the 2008 ADDM Network Report, Utah autism rates were the highest in the country at 1 in 47. In the 2012 report released today, Utah rates plummeted nearly 20% to 1 in 58 as most other ADDM Network sites reported either rising or stable autism rates.”

The same day, Health Choice Executive Mark Blaxill states:  “The CDC has been misrepresenting the alarming rise in autism rates since the late 1980s,”

An analysis by Health Choice “The Autism Emergency Continues”, released today outlines a number of criticisms of the CDC’s surveillance program. “They have selected a partial and unrepresentative sample of states to track, changed the sample in a biased fashion over the years, and then take too long to report out the data. Today’s 2012 report is over a decade behind the problem, giving us autism rates for children born twelve years ago.”  (Utah Whistleblower Lawsuit… Truthinmedia, March 31, 2016)