The Critical Case for Ending Our Shutdown: Scott Atlas, MD

“Policymakers and the public have not received several key messages that are critical to alleviate fear and guide a safe reopening of society. That has led to a gross failure in policy at the state level.

Total lockdown — not the virus — is generating catastrophic harms. Restricting other medical care and instilling fear in the public is creating a massive health disaster, in addition to severe economic harms that could generate a world poverty crisis.”

Dr. Atlas investigates the impact of government and the private sector on access, quality, pricing, and innovation in health care. He is a policy adviser to government leaders in those areas. He also advises entrepreneurs and companies in the life sciences, medical technology, and health information technology sectors.

His testimony before the Senate Committee on Homeland Security (May 6, 2020): COVID-19: How New Information Should Drive Policy; in an opinion piece in The Wall Street Journal  (April 28, 2020),Coronavirus, Pandemics and the Problem of Preparedness, he called for the re-evaluation of the US policy that led to our dependence on China for pharmaceutical supplies.

In an extensive series of interviews, Dr. Atlas discusses the science – more, accurately, the lack of science — behind public policies in response to the pandemic. He notes that policies such as: the closing of parks and beaches; the closing of schools, the lockdown of the entire population and economy are driven by fear, not science nor logic.

Below, we re-post Dr. Scott Atlas’ Opinion piece published today, in The Hill.

Adding To Dr. Fauci’s Diagnosis: The Critical Case For Ending Our Shutdown
By Dr. Scott Atlas, Opinion Contributor, The HILL, 5/18/2020

By now, everyone recognizes Dr. Anthony Fauci. The director of the National Institute of Allergy and Infectious Diseases is one of the most cited immunology researchers of all time and unquestionably one of the most acclaimed. As specified in his own bio, his deep expertise is in research of immune-mediated and infectious disease, particularly their basic mechanisms and treatments. During this COVID-19 pandemic, Fauci has been a central figure, a key adviser to President Trump and a man to whom the entire country, indeed the world, looks for wisdom and expertise.

However, our elected representatives, the public and the media misunderstand his focused role and even his expertise as a scientist. Basic science underlying a viral pandemic is absolutely critical. But now is the time for the design of sound public policy — and that involves a far broader formulation than a single-minded focus on stopping COVID-19 at all costs.

Policymakers and the public have not received several key messages that are critical to alleviate fear and guide a safe reopening of society. That has led to a gross failure in policy at the state level:

Specifically, two curves, hospitalizations per day and deaths per day, have flattened. The goal was to prevent hospital overcrowding and, aside from a few in the New York area, hospitals were not overcrowded. Today, most hospitals stand under-filled, necessitating layoffs of personnel. More importantly, it was never a policy goal to eliminate all cases of COVID-19. That is impossible, unnecessary and illogical, when 99 percent of infected people have no significant illness from it.

Since millions of people have the highly contagious infection, and half are entirely asymptomatic, that spread is fully expected. Even though we will see headlines sensationalizing the next projection, the models are already set to adjust upward for less strict isolation. We also know those same models will project more deaths, because they extrapolate from what happened in the past.

Governors rushed to confine everyone in low-risk groups, yet failed to protect nursing homes, the one group needing strict isolation and testing from day one. Due to that inexplicable error, nursing home residents constitute most of the deaths in many states and more than a third nationwide. The coming projection uptick is not a cause for fear or panic. It only reinforces the need for new policies targeted to specifically protect that clearly defined high-risk group.

In Detroit’s Oakland County, 77 percent of deaths were of those over 70; 92 percent were of people over 60, similar to what was noted in New York and worldwide.

While somehow escaping attention, updated infection fatality rates are less than or equal to seasonal flu for those under 60 in France, Spain and the Netherlands. Less than 1 percent of deaths occur in the absence of underlying conditions. Of the exceptionally rare deaths in children in New York City, only one tragic case out of 15,756 COVID-19 deaths — 0.006 percent — was a child without a known underlying condition.

Younger, healthier people have virtually zero risk of death and an extremely small risk of serious disease. The Centers for Disease Control and Prevention (CDC) states that of 54,861 U.S. deaths from COVID-19, only 12, or 0.02 percent, have been in children under 14. That compares to CDC estimates that childhood deaths from influenza are nearly 600 in the most recent data. Of 15,756 deaths in New York City, only eight, or 0.05 percent, have been in those under 18, a pattern confirmed globally. In France, the fatality rate estimated for those under 20 is close to zero, at 0.001 percent; in Spain, it’s similar.

A May 11 study of 46 North American pediatric hospitals in JAMA Pediatrics put forth the appropriate medical perspective from the data:
“the overall burden of COVID-19 infection in children remains relatively low compared with seasonal influenza”; “the severity of illness in infants and children with COVID-19 [is] far less than that documented in adults”; and “our data indicate that children are at far greater risk of critical illness from influenza than from COVID-19.”

Americans must try to accept what all doctors know: Exceptions exist with virtually every infection, but those do not outweigh the overwhelming evidence to the contrary. Exceptions exist in this infection, some even tragic, including reports of an extremely rare disorder similar to the rare Kawasaki disease that occurs every year in about 2,000 to 4,000 children in the U.S.

Public statements by scientists and the media that sensationalize these extremely rare instances are particularly harmful, because they instill undue fear and provoke extraordinarily harmful, misguided policies from people who lack a medical perspective.

We must not forget that total lockdown — not the virus — is generating catastrophic harms. Restricting other medical care and instilling fear in the public is creating a massive health disaster, in addition to severe economic harms that could generate a world poverty crisis.

In the U.S. alone, 150,000 new cancer cases arise every month among patients, and most have not been seen; of the 650,000 U.S. cancer patients receiving chemotherapy, an estimated half are missing their treatments. Half of urgent-care patients are not seeking medical attention; two-thirds of physical therapy is not being administered. Transplants from living donors are down almost 85 percent. Emergency stroke evaluations are down 40 percent. And that doesn’t include the two-thirds to three-fourths of people who are skipping cancer screenings and the more than half of children who are failing to receive vaccinations, all pointing to a massive future health disaster.

Here’s the real failure: Public policy must never be one-dimensional.
It can never be foisted on people without careful consideration of its consequences, including the harms from the well-intentioned attempt to solve the initial problem. True leadership demands far more than empathy and caution. Leaders are expected to rationally integrate the evidence, even if complicated, and then apply policies using common sense and a knowledge-based perspective. Conveying rational thinking is how to reassure the public and instill confidence in a chosen pathway.

As I and others have written, the way to prevent more death and severe illness is to finally, strictly protect those known to be vulnerable. It’s time to stop the cycle of becoming frantic as we see what are totally expected changes in hypothetical projections. Instead, let’s use empirical evidence and established medical science.

The time of failed leadership must end or we are committing national suicide.

Dr. Atlas is the author of Restoring Quality Health Care: A Six Point Plan for Comprehensive Reform at Lower Cost (2016) and In Excellent Health: Setting the Record Straight on America’s Health Care System (2011). 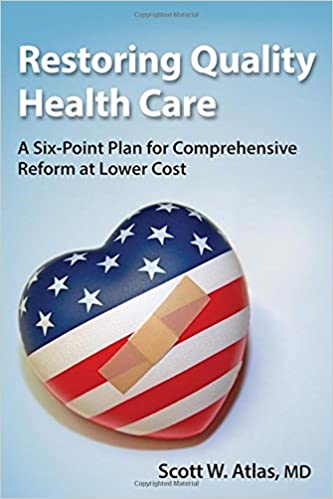 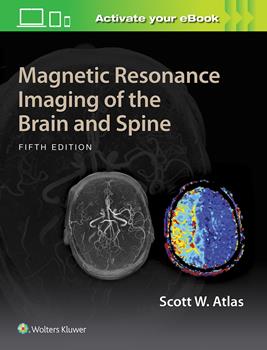 Dr. Atlas is the editor of the leading textbook in the field, Magnetic Resonance Imaging of the Brain and Spine. The book is in its fifth edition and has been translated into Mandarin, Spanish, and Portuguese. Dr. Atlas authored more than 120 scientific reports in leading journals.

Examples of his interviews about Coronavirus and the response by government:

Dr. Scott Atlas: The Coronavirus Cure Is Now Worse Than The Disease

Dr. Scott Atlas On States Reopening Amid Coronavirus Pandemic: ‘There Should Be No Fear And Panic Anymore’