The Truth About the Status of Covid-19; the Effectiveness of HCQ & Novel Treatment Approaches

The good news is that Covid-19 is losing its epidemic status because of the continuing decline in the number of deaths from |Covid-19 and pneumonia, as confirmed by the  CDC on July 3rd: 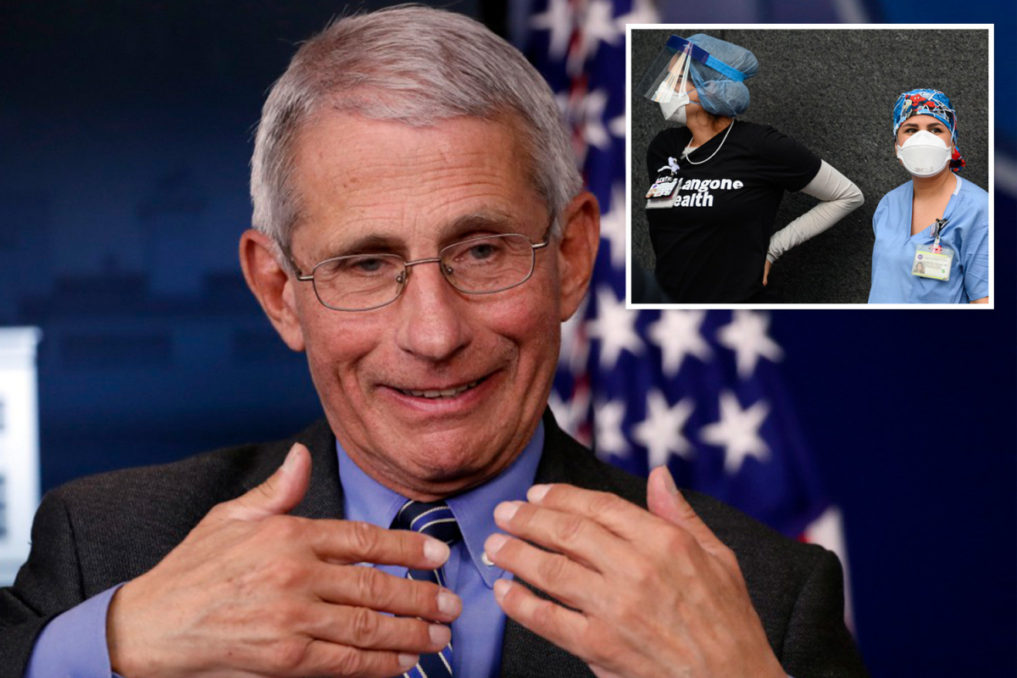 Dr. Fauci’s response to the confirmation that Covid-10 deaths are receding was:

“It’s a false narrative to take comfort in a lower rate of death.”

This shocking response was reiterated by the complicit mainstream media: The Washington Post, Chicago Tribune, Newsday and Bloomberg News – which declared: “A Lower COVID-19 Death Rate Is Nothing to Celebrate“.

This is not the first time that Dr. Fauci expressed, what can only be considered a hostile view toward a positive development that would lead to normalization. On April 6, 2020, at a White House coronavirus briefing Dr. Fauci stated:

Confirmation of the safety and efficacy of Hydroxychloroquine as a valuable treatment for Covid-19 patients, as documented in two recent, scientifically impeccable, peer reviewed studies: One was published in the International Journal of Infectious Diseases, July 2, 2020, was conducted by a team of scientists led by Marcus Zevos, MD, head of Infectious Diseases for the Henry Ford Health System, examined the data of 2,541 hospitalized patients. Another study, published in the American Journal of Epidemiology, May 27th, 2020, was conducted by Harvey Risch, MD, PhD, an epidemiologist at Yale School of Public Health, who examined the data on outpatients treated with Hydroxychloroquine.

This is a multi-center observational study of 2,541 patients who were hospitalized between March 10 and May 2, 2020 across the system’s six hospitals. The study found 13% of those treated with hydroxychloroquine alone died compared to 26.4% not treated with hydroxychloroquine. None of the patients had documented serious heart abnormalities; however, patients were monitored for a heart condition routinely pointed to as a reason to avoid the drug as a treatment for COVID-19.

We attribute our findings that differ from other studies to early treatment, and part of a combination of interventions that were done in supportive care of patients, including careful cardiac monitoring. Our dosing also differed from other studies not showing a benefit of the drug. And other studies are either not peer reviewed, have limited numbers of patients, different patient populations or other differences from our patients.

The potential for a surge in the fall or sooner, and infections continuing worldwide, show an urgency to identifying inexpensive and effective therapies and preventions.

“Considered in the context of current studies on the use of hydroxychloroquine for COVID-19, our results suggest that the drug may have an important role to play in reducing COVID-19 mortality.”

In an interview posted on the Yale School of Medicine website, Dr. Risch stated:

“Hydroxychloroquine alone is not the whole story. It needs to be combined with azithromycin or doxycycline and probably with zinc to make it most effective. The game changer is to aggressively treat people as soon as possible, before they are hospitalized, to keep them from becoming hospitalized in the first place. Hydroxychloroquine plus the other medications is what we know about now. In a few months we may have data on other medications that also work. We just have to start with something now.”

Why are we inundated with the false narratives promulgated by Bill Gates and Dr. Anthony Fauci?

In his CNN interview on June 25, 2020, Bill Gates continued to instill fear, stating: “the situation is more bleak than expected.” He declared that: “the US is not even close to doing enough to fight the pandemic…the US is not as tough about quarantines as Asia.”

If, as Bill Gates says, the current coronavirus picture both globally and in the US is “more bleak than expected”,

Why is his affect so gleeful ??

Is Bill Gates pretending not to know that the virus is receding the number of deaths are in a continuing decline?

Instead of celebrating the good news, Bill Gates and Anthony Fauci insist on broadcasting a bleak doom and gloom scenario despite the evidence to the contrary.

This disconnect from the evidence-based truth is in line with the equally false, alarmist mortality predictions by Neil Fergusson, the Imperial College epidemiologist, whose lockdown recommendations were blindly followed by heads of government who, for the first time quaranteed healthy populations – rather than those at highest risk. This draconian measure has caused catastrophic harm; far greater harm than Covid-19:
A Surge in Disease; A Surge in Domestic Child Abuse, Drug Overdose and Deaths; Mental Health Problems & a Surge in Suicides “approaching historic wave”, Domestic Violence; Human Rights Crisis…

Bill Gates acknowledged (on CNN) that he and Fauci are closely collaborating:
“I talk to him regularly, more often than he talks to some other people…He’s fantastic. We’re aligned on the prediction that there will be a viable vaccine by the end of the year, or early 2021.”

By early June, 20 countries had re-opened schools, while Taiwan, Nicaragua, and Sweden, never closed their schools. In the UK and the US, children remain locked out.

President Trump has been urging the opening of schools. However, as Education Week reported: “the nation’s top epidemiologist continues to sound the alarm about reopenings risking  reigniting the pandemic.”

“I think the one-size-fits-all, that we’re going to have, a national strategy and nobody’s going to go to school is kind of ridiculous. We really ought to be doing it school district by school district, and the power needs to be dispersed, because people make wrong predictions.”

SCIENCE reports that more than 1500 members of the UK Royal College of Paediatrics and Child Health (RCPCH), signed an open letter published this month, warning that:

“It was a vast, uncontrolled experiment.”

What was the medical scientific evidence to justify the FDA’s revocation of HCQ’s emergency use authorization followed by safety warnings for a drug in use for 70 years with a proven safety record? Since the drug’s safety record does not provide evidence to justify the warnings, one need look for other motives behind a relentless drumbeat that warns physicians against prescribing the drug for Covid-19 patients.

Bill Gates and the other stakeholders in a Covid-19 vaccine have an enormous financial incentive to invalidate the effectiveness of existing, competitor therapeutic products and therapeutic methods. In particular, they do not want an effective drug that cures and reduces the need for hospitalization.

A Novel Approach to Treating COVID-19 Using Nutritional and Oxidative Therapies was just published by David Brownstein, MD,* and a team of medical doctors and healthcare professionals who report their successful results in Science, Public Health Policy & the Law (July 9, 2020):  This report is a case series of consecutive patients diagnosed with COVID-19 treated with a nutritional and oxidative medical approach. We describe the treatment program and report the response of the 107 COVID-19 patients.

This observational case series study conducted in outpatients within a family practice office in a suburb of Detroit, Michigan. There were a total of 107 patients diagnosed with COVID-19 seen in the office from February through May 2020; median age was 56.5. COVID-19 was either diagnosed via PCR or antibody testing as well as those not tested, but diagnosed via symptomology. All were included in the study. Three were hospitalized (3%) with two of the three hospitalized before instituting treatment and only one requiring hospitalization after beginning treatment. 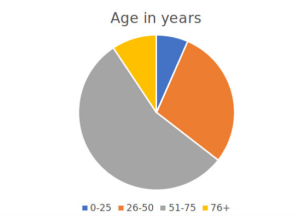 Each patient was treated with an individualized plan consisting of a combination of oral, IV, IM, and nebulized nutritional and oxidative therapies. ​The interventions used in all 107 patients included: Oral Vitamins A, C, D, and iodine. Intravenous solutions of hydrogen peroxide and Vitamin C were given to 32 (30%) and 37 (35%) subjects were treated with intramuscular ozone. A dilute, nebulized hydrogen peroxide/ saline mixture, with Lugol’s iodine was used by 91 (85%).

Results of this novel treatment program, combining nutritional and oxidative therapies was shown to successfully treat the signs and symptoms of 100% of 107 patients diagnosed with COVID-19. There were no deaths.
[* Dr. David Brownstein is a member of the Distinguished Advisory Board of the Alliance for Human Research Protection.]

The threat posed by safe, effective, therapeutic treatments against Covid-19 is they provide an alternative precluding the claimed NECESSITY of a vaccine.

Indeed, a recent poll, cited by The New England Journal of Medicine, found that only 49% of Americans planned to get vaccinated against SARS-CoV-2

To counter the evidence documented by Dr. Raoult and clinicians around the globe, Dr. Fauci  mounted an aggressive promotional campaign declaring – contrary to the evidence – that  Remdesivir, an experimental, intravenous drug manufactured by Gilead is superior. However, leaked data from a study China revealed no benefit from the drug compared to patients on placebo.  What’s more, the study was halted because a significant number of patients on Remdesivir suffered serious adverse events. To date, Remdesivir has not demonstrated either that it reduced mortality in patients with Covid-19, compared to patients in the placebo arm, or that it improved patients’ condition.

The only claimed positive finding is from a trial paid-for and conducted by the NIAID, the agency that Dr. Fauci heads. The reported finding is that 31% of patients on Remdesivir reduced their hospitalization from 15 days to 11 days. However, even this barest minimal single positive result was achieved after the study outcome measures were changed twice!

The original protocol measures were to assess death and the need for mechanical ventilation for patients with Covid-19. But, as The Spectator (Australia) reported, “at the last minute, days before the press release was issued, researchers switched to ‘time to recovery’.” Dr. Fauci, whose agency had paid and conducted the trial, promoted the drug from the Oval Office at the White House; he announced that the drug had shown “a clear-cut, significant positive effect”. 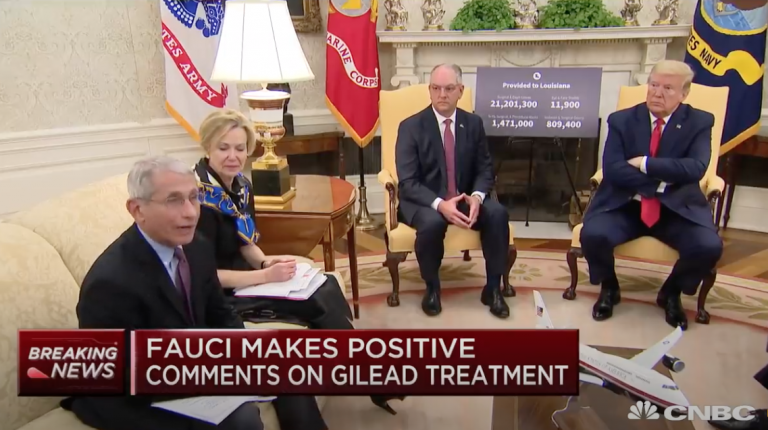 Scientists know that outcome switching in a clinical trial is a problematic red flag; “akin to changing the rules of a football match at half-time, it is a major problem.”

Dr. Risch of Yale School of Public Health notes that none of the 20 currently registered Remdesivir trials is scheduled to provide data on outpatients.

With Dr. Fauci’s promotion of Remdesivir, emboldened Gilead to announced the steep pricing for remdesivir: $520 per vial, or $3,120 for a six-vial treatment. In April, Bloomberg reported that the cost to manufacture remdesivir, is between $1 to $29 for a course of treatment.

“Under an $18 billion program, the WHO—plus global groups Gavi, the Vaccine Alliance and the Coalition for Epidemic Preparedness Innovations (CEPI)—aim to speed the R&D process for all countries and simultaneously establish manufacturing and distribution infrastructure for a global rollout. The group aims to deliver 2 billion COVID-19 vaccine doses by the end of 2021 in countries with the greatest need.”

In their concerted effort to demolish hydroxychloroquine – from which they cannot reap huge profits – Gates and his partners corrupted the science and flooded medical journals with rigged, and outright fraudulent studies. The Gates Foundation is the major funder of the World Health Organization (WHO). Gates has funded numerous studies, including SOLIDARITY, the trial that the WHO suspended after Dr. Nass called public attention to the high, toxic, potentially lethal doses used in the trial. The Gates Foundation also financed Oxford University’s RECOVERY, which used similarly toxic lethal doses of HCQ. These trials are but examples of unethical experiments funded by the Gates Foundation. SOLIDARITY and RECOVERY were designed to trigger serious life-threatening effects and deaths.

Vaccines against Covid-19 are being tested under “Operation Warp Speed”. To speed up the process, this rapid-fire war-like approach dispenses with most safety standards.

Indeed, on June 5, 2020, Market Watch reported that AstraZeneca began manufacturing two billion doses of Oxford’s COVID-19 vaccine even before clinical trials have been completed and results analyzed and published. Astra Zeneca is contracted to deliver 300 million doses to the U.S., which will include a Phase 3 clinical trial in the U.S. this summer.

Has the mainstream medical establishment learned nothing from its history of collaboration with government? That collaboration of medicine and government has led physicians to discard medicine’s ethical, humanitarian principles and to betray patients’ trust.