The following Special OpEd By Meryl Nass, MD, board member of the Alliance for Human Research Protection was published in the Bangor Daily News on March 28, 2019. The commentary focuses on one example that encapsulates the corrupt practices by the pharmaceutical industry: its fraudulent marketing and concealed risks that have caused  hundreds of thousands of deaths.

This industry’s corrupt practices have fully earned the low level of public trust. The most recent Public Citizen report documenting Pharmaceutical Industry Criminal and Civil Penalties indicates that Pharma companies paid more than $38 billion to settle federal and state government lawsuits involving fraud.  This does not include lawsuits by those who suffered permanent disability or death. 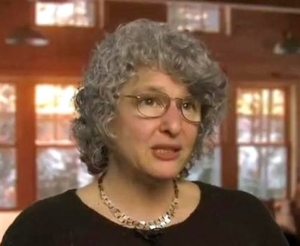 Trust in the pharmaceutical business hit a low in 2018. Only 38 percent of those Americans polled by the Edelman Trust Barometer said they trusted the industry. Some of the reasons for this are likely high prices, false advertising, and concealing of side effects that harm and kill consumers, as happened with Vioxx, an anti-inflammatory medication. A Lancet study estimates that Vioxx caused 38,000 deaths from heart attacks.

Five and a half years after it was licensed, Merck was forced to withdraw Vioxx. A total of 80 million patients had taken it, and annual sales had topped $2.5 billion.

Merck agreed to pay $4.85 billion to settle 27,000 injury claims. A University of Michigan professor commented that this was the cost of doing business.

Merck moved on. It had already found a less risky business model to expand into: no-fault vaccines. Since 1988, there has been no industry liability for injuries related to vaccines approved by the Centers for Disease Control and Prevention for the childhood schedule.

Instead, a 75 cent tax for each individual vaccine sold is placed in a fund, administered by the Department of Health and Human Services, to compensate Americans for vaccine injuries. In 30 years, this fund has paid out about $4 billion to claimants who proved their injury was caused by a vaccine.

Merck makes all measles, mumps, rubella, chickenpox and human papilloma virus (HPV) vaccines marketed in the United States. Sales of these vaccines brought in $4 billion in 2017. Merck makes 11 of 17 vaccines recommended by the CDC, with additional vaccines in development.

Paradoxically, most Americans trust vaccines, yet most do not trust the pharmaceutical industry. Merck is the world’s second largest vaccine company. Merck spent five years trying to cover up the lethal side effects of Vioxx. Then it paid its fines. None of its executives went to prison.

While we expect vaccines to be thoroughly tested and as safe as possible, it should be understood that vaccines are just another product in a cutthroat industry. Their manufacturers are rushing to get their products to market before the competition.

The latest example of how this behavior hurts consumers occurred in the Philippines. Sanofi’s Dengvaxia was the first dengue virus vaccine out of the gate, and the Philippines was the first country to use it. Dengvaxia was purchased by the Philippines government before it was even licensed, and rushed into use in 2016 before testing had been completed. Although the World Health Organization had warned of the potential for vaccinated children to develop a deadly form of dengue, the vaccine was given to 800,000 children.

The program rapidly unraveled. Vaccinated children had higher than expected rates of death from dengue. The deaths of 10 children have been blamed on the vaccine, and 119 others are being investigated. This month, the Philippines Department of Justice recommended criminal charges against six Sanofi officials and 14 health department officials for improprieties in the vaccine program.

The European Medicines Agency approved Dengvaxia for use in December. And last October, the U.S. Food and Drug Administration granted Dengvaxia a priority review. Dengue is endemic in Puerto Rico and the Virgin Islands, and cases have occurred in Florida, Texas and Hawaii.

Before the FDA issues a license, it usually presents its findings to an advisory committee. And the FDA almost always concurs with the committee’s advice. Two weeks ago, FDA’s advisory committee voted in favor of licensing Dengvaxia for patients between ages 9 and 17, but not for use of the vaccine in a broader age group.

While we expect that there will be sufficient testing of our vaccines and a scrupulous review process, human error (and human weakness) can never be discounted.

If the Maine Legislature votes to remove vaccine exemptions, we will lose the opportunity to pick and choose among our children’s vaccines. Absent a medical waiver, if children are to attend school, they will have to be inoculated with every mandated vaccine, no matter how, where, and by whom they are made. Or tested. Or licensed. Do we trust the pharmaceutical industry enough to give up our right to make this choice?

Meryl Nass of Ellsworth is an internal medicine physician and has testified before six congressional committees, primarily on the anthrax vaccine.