Why Would You Vaccinate a Newborn for Hepatitis B?

This news report was submitted by Meryl Nass, MD, member of AHRP Board 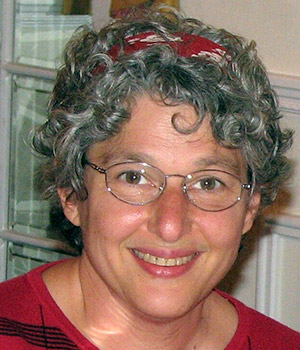 My maternal grandfather died in 1968 of what was almost certainly a fulminant Hepatitis B infection (causing rapid liver failure, occurring in just 1% of acute cases). He probably acquired it working part-time in a deli, slicing meat. In med school a few years later, I learned that butchers had increased risk. You get Hepatitis B from blood (needle sharing, needlesticks) and sex. And very rarely from activities where blood from an infected person can contaminate a fresh cut. A newborn can catch it from its mother, too.

When I was an intern I treated a young prisoner who had been an intravenous drug abuser and had both bacterial endocarditis with an acutely flailing mitral valve and active Hepatitis B. We learned this when a nurse got a needlestick. His terrible heart failure led to bloody pulmonary discharge sprayed on us all. We were lucky to keep him alive, struggling over him all night, until he had surgery for a valve replacement the next day.

Now it is 2015 and I am expecting twin grandchildren, a boy and a girl, in July. If a bill passes the Vermont House (it already passed the Senate), they will both receive a dose of Hepatitis B vaccine on the day of birth… if they hope to attend day care, or any public or private school in Vermont.

Since we do not expect them to use a meat slicer, have sex or play with dirty needles, what could the reason for vaccination at this age possibly be? All moms are screened (99% screening rate in New Hampshire for expectant moms) so an infected Mom is unlikely to slip through the cracks. An infected mom and her newborn need not only the vaccine, but also immune globulin, and possibly an antiviral drug. So vaccinating all babies does not provide adequate treatment for those who really need it.

When newer Hepatitis B vaccines became available, they were recommended only for those at high risk. But many high risk individuals did not choose to be vaccinated.

So the decision was made to instead vaccinate infants. Infants may be at infinitesimal risk, but they will eventually grow to an age where their risk increases. They are a captive audience. Infants can’t say “no” to a vaccine, like their parents can, and do. It makes sense, I guess, if your goal is to reduce numbers of cases using the most easily-imposed route. It makes some sense at the population level. It makes sense if there are almost no side effects from the vaccine.

But what if there are side effects?
Babies cannot tell you if they are experiencing a side effect. What if the birth dose contributes to later childhood neurologic problems in those who are susceptible? When your new baby is vaccinated on the day of birth,

A colleague of mine, who had access to vast amounts of unpublished data on this vaccine as an expert for the French government, wrote about the difficulty of acknowledging and understanding the vaccine’s adverse reactions, when so much important information has never been published.

CDC’s Morbidity and Mortality Weekly Reports (MMWR) map out the chronology of its Hepatitis B vaccine program’s 20 year mission creep, from recommendations for those who really needed it, to those who clearly do not. We learn that even before CDC recommended that all babies be vaccinated, in 1990, there were less than 2 new Hepatitis B cases per 100,000 per year, in US children under age 15.

Each year, we are vaccinating 4 million newborns yearly to prevent a disease that occurs in less than 25 children aged 0-12 months. In fact, the vast majority of vaccinated children are at zero risk of the disease. According to CDC, among all US children aged 0-19 years, in 2002 there were only 3 new cases per million children annually. But there may be many fewer cases even than this number.  According to medical reference UpToDate by 2007, the incidence of acute hepatitis B in children less than 15 years old had fallen to 1 in 5 million per year.
Furthermore, UpToDate tells us, “The majority of [US] children with chronic HBV infections are immigrants, have immigrant parents, or became exposed through other household contacts.” And the majority of new cases in childhood are in children not born in the US.

The public health goal, presumably, is to have children immune by the time they becomes sexually active or at risk from needles. Yet one CDC study showed that half the children vaccinated starting at birth, with 3 doses, lost immunity after 15 years.

A Cochrane meta-analysis found that “the prevalence of anti-HBs seroconversion by rapid vaccination (0, 1, and 2 months) was significantly lower than that by standard vaccination (0, 1, and 6 months). If giving the third Hep B vaccine dose later results in better immunity, it is perhaps likely that giving the first 2 shots later would improve immunity. Two studies (here and here) showed non-detectable Hep B antibody levels 6-10 years later in nearly 50% of children who were vaccinated starting at birth, though most did show evidence of immune memory when given a booster dose. But it would be preferable to have persisting high antibody levels, in addition to immune lymphocytes, if vaccinated children were later exposed to the hepatitis B virus. Likely this would be better achieved by starting vaccinations in low-risk children at an older age, or not at all, as many other countries do.

Vaccinating at birth is illogical for low-risk babies, if what you seek is to retain immunity into adolescence and adulthood. For that, they should be vaccinated later.

UPDATE: Is giving dose of hepatitis B vaccine on the day a child is born, to children whose mothers are negative and have no risk factors, a standard procedure in other countries? Of course not. The European Center for Disease Prevention and Control lists the vaccine schedule for each of the countries in Europe. Only 5 of the 31 European countries (Estonia, Lithuania, Poland, Portugal and Romania) recommend a hepatitis B vaccination for even low-risk babies at birth.

Absent an infected mother (less than 0.5% of new moms), it makes no scientific sense to vaccinate every baby on the first day of life. And because babies cannot spread this virus to each other (there is no oral-fecal spread for this type of hepatitis virus) you cannot justify vaccinations of those at extremely low risk of the disease to protect other children.