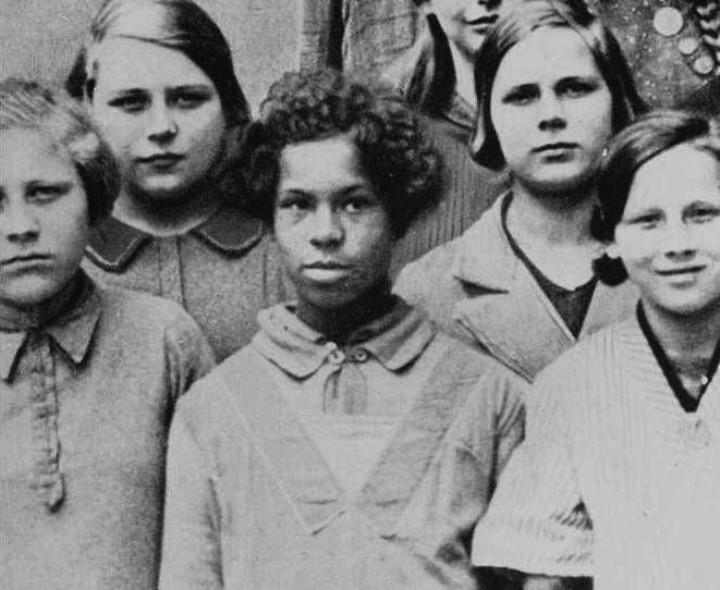 In 1937, an estimated 400 mulatto children of racially mixed African-Aryan marriages — derisively referred to as “Rhineland Bastards” — were forcibly sterilized, some were subjected to medical experiments, others mysteriously “disappeared” (Pencak-Schwartz. Holocaust Forgotten . . . 2012). Prof. Eugen Fischer director of the Kaiser-Wilhelm Institute of Anthropology, Heredity and Eugenics, author of a 1913 book about offspring of mixed-blood “a race inferior to ourselves” promoted and organized the mulatto children’s sterilization. He offered unconditional support to the Nazi government and its policies aimed at achieving the racial hygiene goals.

Registration of twins at Public Health Offices for purpose of genetic research by the new Institute of Genetics and Racial Hygiene at the University of Frankfurt, headed by Dr. Otmar von Verschuer, a noted expert on the genetics of twins. His Institute staff provided “expert” opinions in sterilization decisions and the Nuremberg racial laws. In 1942, he succeeded Fischer as K-W Eugenics Institute; and the same year he raised the ante in an editorial in a eugenics journal which he edited; Verschuer called for a “Final Solution” to the Jewish problem.