Eduard Pernkopf’s Atlas of Topographical and Applied Human Anatomy has been called “a tainted beauty.” The atlas consists of 800 exquisite watercolor paintings of human anatomy, and is considered a “masterpiece,” “a work of lasting scientific importance” that has been used by doctors and researchers around the world. But the Atlas is haunted by the murdered bodies of human beings who had not consented, neither to their murder or to be used as specimens for research or “models” for scientific illustration.

Dr. Eduard Pernkopf (1888–1955) was an ardent, politically active Austrian-Nazi; the signatures of the artists who painted the illustrations in his atlas include Nazi insignia.

His first action in his capacity as dean of the medical school at the University of Vienna, Pernkopf expelled all Jews from the faculty — 153 of the 197 faculty members, among them, three Nobel Laureates. Some of these were deported to concentration camps like Theresienstadt and Dachau, in which only a few survived. Others committed suicide and the fate of others are unknown. In his official speech to his selectively chosen faculty, Pernkopf reminded them of their professional duty “of eliminating the genetically unfit and defective . . . by sterilization and other means” (Ruiz. Pernkopf Anatomy Atlas, 2007).

The source of Pernkopf’s Atlas illustrations was the macabre spoils of Nazi murder; the slaughtered bodies of men, women and children. He began writing the meticulous text of the Atlas in 1933, collecting and dissecting human bodies that had been murdered by the Nazis; overseeing the avowedly Nazi artists who painted the intricate details even incorporated Nazi iconography into the illustrations. The 1964 two-volume English-language edition included the original signatures including the Nazi symbols. In subsequent editions all but two of the Nazi insignia and swastika have been carefully airbrushed out in later editions when Nazi connections were no longer appreciated (Seidelman. Medicine and Murder, 1999).

The first detailed investigation into the creation of Pernkopf’s atlas was by David Williams, Professor of Medical Illustration (the School of Veterinary Medicine, Purdue University), and an admirer of the atlas’ esthetics, who found evidence of its Nazi background. His article was published in 1988 (Hildebrandt, 2006). The third English Edition of the atlas (1990, in which the tell-tale traces of the Nazi derivation have been air-brushed) received glowing reviews in the Journal of the American Medical Association (JAMA) and The New England Journal of Medicine (NEJM) with no mention of its Nazi association or any ethical problems to be considered.

Indeed, Richard Snell, M.D., Ph.D. (George Washington University), the author of the NEJM review hailed the atlas as an “outstanding book of great value to anatomists and surgeons. It is in a class of its own and will continue to be valued as a reference work.” Not a word was mentioned about its Nazi association or ethical problems or considerations. Indeed, the only criticism expressed by Dr. Snell was “its prohibitive cost . . . [which] makes it unsuitable for purchase by medical students.” Since 1990, the editors of JAMA have subsequently published several articles criticizing the ethics of using of Pernkopf’s atlas without acknowledging its criminal roots and history. In sharp contrast, the editors of the NEJM have not seen fit to allow critics to debate the murderous Nazi roots of the atlas in its pages.

However, the long-buried history of Nazi-era anatomy continues to surface even now, because of the efforts of third-generation generation students and scholars who have waged moral confrontations demanding full access to the documents and disclosure of victims’ remains, their proper burial and ultimately they want to memorialize the victims.

Following Dr. Edzard Ernst’s, revelations in the Annals of Internal Medicine (1995) about the source of Pernkopf’s “models,” Yad Vashem (the Holocaust Authority in Israel) requested that the Universities of Vienna and Insbruck conduct an independent inquiry to determine who the subjects in Pernkopf’s Atlas were and how they died. The request from Yad Vashem was initially denied; but the issue did not end. The following year, a letter by Dr. Seidelman and Dr. Howard Israel, an oral surgeon at Columbia University published in JAMA (November, 1996) in which they stated: “The abuses of medicine perpetrated during the Hitler regime pervaded the entire medical profession of the Third Reich including the academic elite. One legacy of the tragic era endures today through the continued publication of a critically acclaimed atlas, Pernkopf Anatomy…” Their letter prompted a report by the New York Times (1996).

In 1997, Alfred Ebenbauer, the rector of the University of Vienna, wrote to JAMA indicating that an investigation had been initiated and that preliminary findings indicated that the anatomy department had indeed, routinely received corpses of executed persons, among them renowned dissidents, and “brain preparations derived from children under the euthanasia program in psychiatric institutes were still stored there…” For the first time, he acknowledged publicly systematic suppression and even denial of the university’s Nazi past and its failure to conduct relevant investigations. Ebenbauer explained that this attitude had changed because of ‘‘increasing pressure from abroad’’ and a new political atmosphere in Austria (Ethics and Access…Pernkopf atlas, Bulletin of the Medical Library Association 2001; Hildebrandt, 2006). 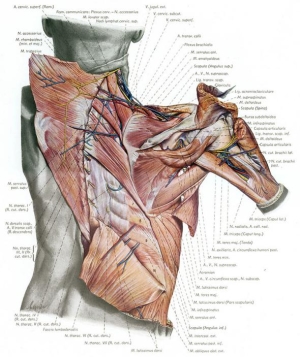 The final report of University of Vienna investigation found that at least 1,377 bodies of executed victims (guillotined or shot by the Gestapo at a rifle range); about 7,000 bodies of fetuses and children; and “8 victims of Jewish origin” had been received by the Anatomy Institute. A statement for users of Pernkop’s Atlas sent out by the U of V to all libraries states: “it is therefore within the individual user’s ethical responsibility to decide whether and in which way he wishes to use this book.” (Hildebrandt, 2006). Hildebrandt states: “the influx of bodies from executions increased so much during the NS [Nazi] regime that the rooms of the anatomy institute were sometimes overfilled and executions had to be postponed because of this.” However, she notes that the true numbers are not known because of incomplete documentation.

Howard M. Spiro, M.D., director of Yale’s Program for Humanities in Medicine and professor of internal medicine, was among the noted speakers at the convocation in Vienna marking (1998) the 60th anniversary of the dismissal of Jewish faculty members from the Vienna Medical School. In his address The Silence of Words, Dr. Spiro said, [pullquote]“the things that we avoid and don’t talk about are the matters that mean the most to us.[/pullquote] The shame that has no vent in words makes other organs weep.” Dr. Spiro acknowledged that current officials of the University of Vienna are attempting to recover information that has either been hidden or destroyed and trying to locate former faculty who were interned and exiled. “There is a new generation that has taken over, and they are not afraid to look into these atrocities.”

It is now understood that many of the incredibly detailed illustrations in Pernkopf’s atlas depicted the bodies of victims of Nazi terror.