When Hitler came to power in 1933, a central goal was to identify and eliminate Germany’s 600,000 Jews – a goal that was rapidly expanded to target the entire European Jewish population. A question that had eluded historians for decades was how did the Nazis obtain lists of Jews – not only in Germany but throughout Europe—whom they rapidly rounded up for deportation and ultimately for extermination? Black pursued this question until he found the answer: IBM and its German subsidiary which custom-designed, named after Herman Hollerith who founded IBM in 1896 as a census tabulating company. 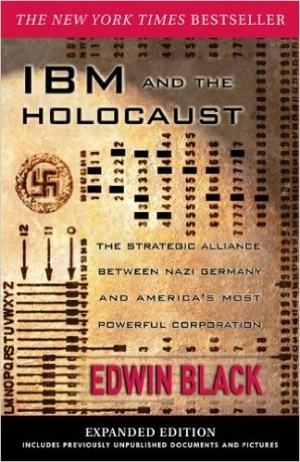 “But when IBM Germany formed its philosophical and technologic alliance with Nazi Germany, census and registration took on a new mission. IBM Germany invented the racial census—listing not just religious affiliation, but bloodline going back generations. This was the Nazi data lust. Not just to count the Jews—but to identify them.

People and asset registration was only one of the many uses Nazi Germany found for high-speed data sorters. Food allocation was organized around databases, allowing Germany to starve the Jews. Slave labor was identified, tracked, and managed largely through punch cards. Punch cards even made the trains run on time and cataloged their human cargo. German Railway, the Reichsbahn, Dehomag’s biggest customer, dealt directly with senior management in Berlin. Dehomag maintained punch card installations at train depots across Germany, and eventually across all Europe.” (Introduction, IBM and the Holocaust,2011)

Black’s method of research, which he calls, “historical excavation” utilizes an army of experienced researchers who locate archives and document sources. For this book, he was helped by 100 volunteers who scoured seven countries and 50 archives, locating more than 20,000 documents which were then cataloged and cross labeled. IBM and the Holocaust (2001) was simultaneously published in 40 countries; it became a New York Times best seller. The reviews around the world praised it as: “groundbreaking” “monumental” “extraordinary” “shocking truth” “masterfully exposed” “compelling” “path-breaking” “beyond dispute” should be “required reading.” A few negative reviews by academics, who had not actually read the book, were soon retracted when shown the actual text. (Read retractions)

“From the first moments of the Hitler regime in 1933, IBM used its exclusive punch card technology and its global monopoly on information technology to organize, systematize, and accelerate Hitler’s anti-Jewish program, step by step facilitating the tightening noose.

The punch cards, machinery, training, servicing, and special project work, such as population census and identification, was managed directly by IBM headquarters in New York, and later through its subsidiaries in Germany, known as Deutsche Hollerith-Maschinen Gesellschaft (DEHOMAG), and in Poland, Holland, France, Switzerland, and other European countries.” (Edwin Black Op Ed. IBM’s Role in the Holocaust — What the New Documents Reveal, The World Post (A Partnership of the Huffington Post and Bergruen Institute), Feb. 27, 2012)

Black documents how IBM and its wholly owned European subsidiaries played a singular key role; providing Hitler the cutting edge technology – predating modern computers – that enabled the Nazis to execute their genocidal process with maximal efficiency at high speed. He notes that: 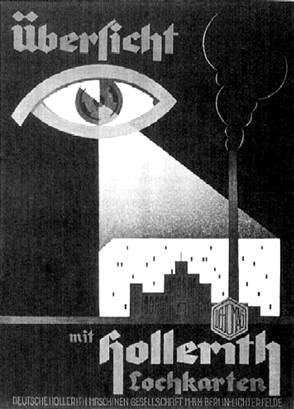 “IBM technology was used to organize nearly everything in Germany and then Nazi Europe, from the identification of the Jews in censuses, registrations, and ancestral tracing programs to the running of railroads and organizing of concentration camp slave labor.”

“IBM subsidiaries custom-designed the applications. Its technicians sent mock-ups of punch cards back and forth to Reich offices until the data columns were acceptable, much as any software designer would today. Punch cards could only be designed, printed, and purchased from one source: IBM. The machines were not sold, they were leased, and regularly maintained and upgraded by only one source: IBM.

IBM subsidiaries trained the Nazi officers and their surrogates throughout Europe, set up branch offices and local dealerships throughout Nazi Europe staffed by a revolving door of IBM employees, and scoured paper mills to produce as many as 1.5 billion punch cards a year in Germany alone. Moreover, the fragile machines were serviced on site about once per month, even when that site was in or near a concentration camp. IBM Germany’s headquarters in Berlin maintained duplicates of many code books, much as any IBM service bureau today would maintain data backups for computers.”

Black makes the case that IBM did not simply sell a few machines to the Nazi government without knowing the purpose for which they were used. He shows how IBM was involved in every step of the planning and tracking process: 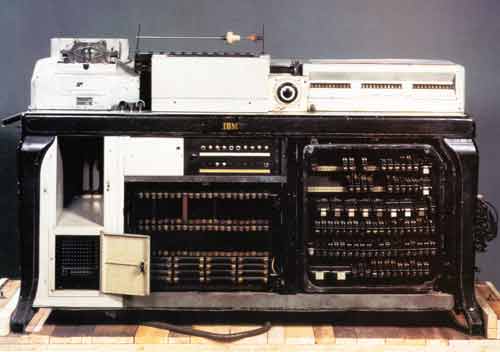 Each concentration camp had a numerical code designation – Auschwitz was 001, Buchenwald was 002; Dachau was 003, and so on. Every camp had an IBM- Hollerith Department with at least one punch card machine to sort or process punch cards and track prisoners who were reduced to IBM numerical categories: number 3 signified homosexual, 9 signified anti-social, 12 signified Gypsy, and IBM number 8 designated a Jew.

“Inmate death was also reduced to an IBM digit: 3 represented death by natural causes, 4 by execution, 5 by suicide, and code 6 designated “special treatment” [euphemism for ] gas chambers. IBM engineers had to create Hollerith codes to differentiate between a Jew who had been worked to death and one who had been gassed, then print the cards, configure the machines, train the staff, and continuously maintain the fragile systems every two weeks on site in the concentration camps.” (Black Op Ed. IBM’s Role in the Holocaust, Feb. 27, 2012)

In Black’s assessment, IBM equipment and technology as being among the Reich’s most important weapons, not only in its war against the Jews, but in its general military campaigns and railway traffic control. Nevertheless, he clearly states in his book and on his website:

“The Holocaust would still have occurred without IBM. To think otherwise is more than wrong. The Holocaust would have proceeded—and often did proceed—with simple bullets, death marches, and massacres based on pen and paper persecution. But there is reason to examine the fantastical numbers Hitler achieved in murdering so many millions so swiftly, and identify the crucial role of automation and technology.”

The documents also portray the close personal involvement of IBM president Thomas J. Watson who opened IBM subsidiaries not only in neutral countries (Switzerland and Sweden) but in countries occupied by the Nazis. These, he states were legally structured to provide plausible deniability but were wholly owned by IBM and micro managed by Watson.

Watson headed the Carnegie Endowment for International Peace, making numerous public pronouncements about IBM’s commitment to world peace. When U.S. entered the war, Watson positioned himself as patriot-in-chief; working closely with the Allies; IBM scientists worked on missile trajectories, manpower and the atomic bomb; it provided weather condition analysis for the D-Day invasion; and opened factories to manufacture weaponry. The company profited no matter who won the war.

Not publicized was the fact that Watson received a 5% bonus on all of IBM’s profits, including those in Nazi Europe; he had a fi­nancial interest in every punch card passing through a German tabulator, receiving a 1% cut of every punch card used in the genocidal process – in which millions of cards were used. Black documents that IBM recovered all of its Polish profits and all of its machines after the German surrender:

In 1937, Hitler rewarded Wat­son with the Merit Cross of the German Eagle with Star—for his special efforts on behalf of the Reich. It was Hitler’s second highest medal and the highest commendation award­able to a foreigner. Under pressure, in 1940, he returned the medal and appointed two intermediaries – a general manager in Europe and a corresponding manager in New York to handle all details for Watson.

Black reproduces a Justice Department memo written by Harold Carter that was generated during a federal investigation of IBM for trading with the enemy states:

IBM has continued to prosper and has never been held accountable – it is too big, too powerful and too influential to be prosecuted. Black concludes that IBM executives were just doing what business leaders do—they focused on profits and keeping shareholders happy. The fact that a corporation facilitates the efficiency of a murderous regime to carry out its work is not a moral concern for corporate executives; their only concern is to strike a profitable business deal.

This fact should give all of us today pause to understand the way multinational corporation are currently involved all over the world in business endeavors that cause serious harm to citizens in many countries in the knowledge that governments tend not to hold businesses accountable. IBM has never denied any of the information in Edwin Black’s books; it has remained silent despite numerous requests for an explanation from the media and individuals.

“Many of us have become enraptured by the Age of Computerization and the Age of Information. I know I have. But now I am consumed with a new awareness that, for me, as the son of Holocaust survivors, brings me to a whole new consciousness. I call it the Age of Realization, as we look back and examine technology’s wake. Unless we understand how the Nazis acquired the names, more lists will be compiled against more people.” (Black. IBM and the Holocaust, Introduction, 2012)