I am of the opinion that out of approx. 10 million European Jews at least 2–3 million men and women will be fit for work and should be kept alive. . . Of course this can only be done if they are at the same time rendered incapable of reproduction . . . under my instruction experiments for this purpose have been complete. . . . the type of sterilization normally performed on persons with genetic diseases, is here out of the question, because it takes too long and is too expensive. Castration by X-ray however is not only relatively cheap, but can also be performed on many thousands in the shortest time. 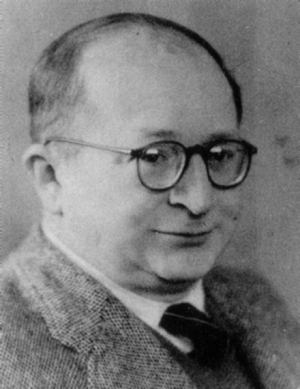 Between 1942–1945, Dr. Carl Clauberg was a highly esteemed gynecologist with expertise in female sexual hormones with an unassailable reputation within German medical society. At Auschwitz he was given Block 10 with its several hundred Jewish women for his medical experiments. He sought to develop a method capable of sterilizing millions of people with minimum time and effort.

He also developed a non-surgical method of sterilization by injecting a specially prepared caustic substance into the female reproductive organs producing severe inflammation and excruciating pain. The secret substance was developed by his assistant Dr. Johannes Goebel, chief chemist with Schering Pharmaceutical Co (Lifton, Nazi Doctors). The goal was to create adhesions in the fallopian tubes to obstruct them within six weeks. In his correspondence with Himmler, Clauberg refers to the women in his experiments as “the human material to be provided. . .”

Professor Paul Weindling, Oxford Brookes University, leads the research project “Victims of Human Experiments under National Socialism” funded by the Arts and Humanities Council. He reports that his project has identified 500 Jewish female victims of Clauberg’s intrauterine chemical injections. (Victims and Survivors of Nazi Human Experiments: Science and Suffering in the Holocaust, 2014)

Clauberg also conducted artificial insemination experiments on 300 women at Auschwitz. Adding to their physical abuse, he reportedly taunted the women by telling them that he inseminated them with animal sperm and that monsters were now growing in their wombs.

X-ray sterilization experiments at Auschwitz were conducted on 420 (mostly) male Jewish victims. Of these 188 were castrated after being radiated (Weindling). Of the more than 1,000 prisoners subjected by Clauberg and Dr. Horst Schumann to X-Ray sterilization experiments — some of the victims as young as 14 years old — only 100 survived (Susan Benedict 2014). Clauberg enthusiastically informed Himmler of the promising potential of his sterilization method: “I shall be able to report in the foreseeable future that one experienced physician, with an appropriately equipped office and the aid of ten auxiliary personnel, will be able to carry out in the course of a single day the sterilization of hundreds, or even 1,000 women.” (Lifton) Clauberg was tried in the Soviet Union, sentenced to 25 years, but released seven years later and returned to Germany where he was arrested in 1955 and mysteriously died in his cell in 1957. (Perper and Cina. When Doctors Kill: Who, Why, and How)