1998: Doing Harm: Research on the Mentally Ill, a prize winning research expose by The Boston Globe
In November, 1998, the first of a four-part series by Robert Whitaker and Dolores Kong shed light on the abusive research parameters of non-therapeutic experiments conducted on mentally incapacitated individuals. They focused on several victims who had suffered and were harmed by experiments that violated medical ethics standards.

Shalmah Prince, an artist who was corralled into an experiment by a University of Cincinnati psychiatrist who withdrew her medication (lithium) and injected her with apomorphine to test whether it would provoke psychosis. 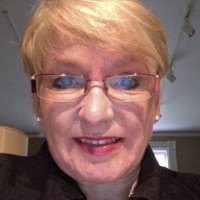 “Without her lithium, Prince quickly deteriorated. By the fourth day she was wildly manic, yelling and threatening suicide. She also ”got in the face” of another patient, she said, and he started beating her. Still, she was given no medication.

On the fifth day, researchers injected her with apomorphine. Her manic and delusional behavior soared. During the next three days, when her friends and family visited, they found her in restraints, a humiliation that has never left her.”

”Everything they did to me was for the purposes of their research,” she said, her voice tinged with bitterness even today. ”As my medical record shows, when I went into the hospital I was calm and cooperative. I was just worried and vulnerable.

“Prince’s story provides a window into a troubling corner of psychiatric research that continues to this day. She is one of more than 2,000 mentally ill patients who over the past 25 years have been ushered into a disturbing series of experiments by psychiatric researchers exploring the biology of psychosis. “

Among the findings of the Boston Globe investigation were “scores of clinical reports of schizophrenia studies in scientific journals, evoke troubling echoes of past stains on American medicine.”

“There is evidence in researchers’ sworn testimony, written correspondence, citations by the federal Office of Protection from Research Risks, and patients’ own accounts that investigators have routinely failed to fully disclose the true purposes of their experiments, and withheld information about risks.”

“unlike Tuskegee or the Cold War radiation studies, this line of psychiatric research, much of it federally funded, is ongoing. This year, according to research protocols obtained by the Globe, Yale University physicians have been recruiting people with schizophrenia for experiments in which they will hospitalize them, stop their medications, and infuse them with tetrahydrocannabinol, the psychoactive ingredient in marijuana.

“Columbia University researchers have been giving amphetamine to schizophrenic patients so they can take images of their brains while they are psychotic. At the National Institute of Mental Health, in Bethesda, Md., researchers have been injecting ketamine, the chemical cousin of the notorious street drug angel dust, into unmedicated schizophrenic patients. Deliberate withdrawal of medication for experimental purposes is an element in other active schizophrenia studies…”

“These studies were designed to gain knowledge that might lead to improved treatments for schizophrenia and related illnesses. But the experiments offered no possibility of therapeutic benefit to the subjects and exposed them to some measure of psychic pain and risk of long-term harm. Moreover, this controversial line of experimentation has been marked by repeated instances in which researchers failed to fully disclose the risks to the mentally ill patients and obscured their true purposes.” 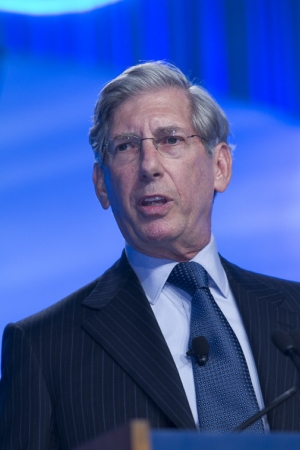 “Dr. Jeffrey Lieberman, who conducted methylphenidate challenge tests for more than a decade at Hillside Hospital, a division of Long Island Jewish Medical Center in New York, acknowledged that the induced symptoms are sometimes ”scary and very unpleasant.” Some patients get worse, he said, ”but in my experience, the symptoms never exceeded the range of severity that occurred in the course of their illness previously.” 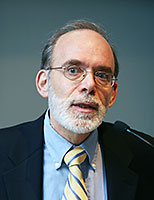 “Dr. Paul Appelbaum, chairman of the psychiatry department at the University of Massachusetts Medical School, said challenge studies can be justified… The investigators [using ketamine] are quite persuasive, from my discussions, that they are not causing outrageous levels of harm.”

“But a different view emerges from the researchers’ own medical journal reports, from people who suffer from mental illness, and from families of patients who have been in such studies. They tell of fragile minds filled with pain and suffering, and of lives made worse.”

1998: Research Volunteers Unwittingly at Risk, a front page article in The Washington Post

“It seemed a stunning example of medical research run amok: Physicians in New York offered to give Toys R Us gift certificates to 36 healthy black and Hispanic elementary school pupils if the children agreed to enroll in a medical study that required them to take a potentially life-threatening drug.”

The three-year study, recently revealed by a patient advocacy group, brought back memories of the infamous Tuskegee experiments that came to light in the 1970s, in which doctors withheld syphilis treatments from black men so they could observe the disease’s progression. Congress quickly convened two hearings, and federal officials launched an investigation.

more than anything, the controversy highlights the surprisingly thin line that can separate a justifiable human experiment from a research abuse. And it shows that important issues relating to the ethics of human research remain unresolved, even as U.S. medical research is poised to expand at an unprecedented rate.

The research, which ended in 1995, was designed to study the biology and sociology of criminal behavior. Physicians at the New York State Psychiatric Institute and three other hospitals recruited the younger brothers of adolescents who had been arrested for various crimes. The goal was to identify which younger brothers might be at increased risk for trouble themselves, and intervene with counseling or other methods before it was too late. 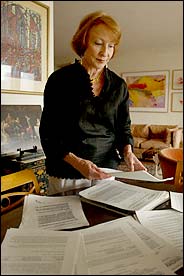 As part of the study, researchers gave each younger sibling a dose of a drug called fenfluramine to help measure levels of a brain hormone implicated in antisocial behavior. When the work was published last year, it caught the attention of Sharav, director of Citizens for Responsible Care in Psychiatry and Research.

Sharav objected to several aspects of the study.

First there was the issue of using minors in a study that was nontherapeutic; that is, a study intended to answer general scientific questions and not to benefit the children themselves. Since children cannot fully evaluate for themselves the risks and benefits of participating in a study, some argue, they should never be subjected to a research risk if they do not stand to personally benefit. Others, however, argue that the only way to develop new treatments for children is to study them directly.

Federal regulations try to address those conflicting views by precluding, in almost all instances, the use of minors in any nontherapeutic research that poses a “more than minimal risk.” That sounds reasonable, Sharav said, except that “nobody has defined ‘risk’ or ‘minimal’ or ‘more than minimal.'” And as the New York case shows, it is not obvious how to distinguish between those levels of risk.

Evidence of Abuses
No one knows how many people participate in human research in this country. There is no central repository for such information, and no system for keeping track of how many are harmed. But there is indirect evidence that abuses are taking place.

evidence of trouble arose last year as several people testified before the National Bioethics Advisory Commission about alleged abuses they or their family members had endured in psychiatric research studies.

Robert and Gloria Aller of Los Angeles described a University of California study in which their schizophrenic son, Gregory, had enrolled. the study required him t discontinue his medication…he became confused and violent and lost his ability to concentrate. Years later, Gregory still has not fully recovered.

Only after a federal investigation did the Allers learn that more than 90 percent of previous subjects in that experiment had also relapsed… One participant, Tony LaMadridd, did not survive the experiment…he jumped to his death from the roof of UCLA’s engineering building.

“It’s a very special privilege to use human beings in research,” said Vera Hassner Sharav, the activist who first rang alarms about the New York study three months ago. “It must not be handled cavalierly.”

A report by the federal Office for Protection From Research Risks (OPRR) criticized that study’s consent forms for failing to properly warn participants that the research was likely to trigger a relapse.

“The current system was built for a research world that does not exist any more,” said George F. Grob, an HHS deputy inspector general. “It is brittle, strained and I think even cracked. We certainly need a better one.” (Read the complete Washington Post story; Read also, Feds Find Fault with UCLA Schizophrenia Study, The Los Angeles Times, 1994)