FDA documents obtained under the Freedom of Information Act, revealed that the FDA has been concealing from the medical community and the public serious research misconduct; including fraud, deception, avoidable risks for human subjects — even deaths — that occurred in clinical trials. The FDA documents were obtained by Charles Seife, a journalism professor at New York University, and author of several books about deception. 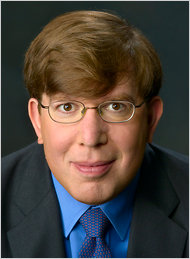 Key portions in most of the FDA documents were heavily redacted. The missing information includes:  the name of the drug studied, the name of the study, and specifically how the misconduct affected the quality / reliability of the data. This made it all but impossible to sort out which study was tainted. Seife and his students examined 600 clinical trials; they were able to identify the drug and pharmaceutical company involved in about 100 cases.

In 2015, Seife published two extremely important articles about FDA concealment of vital medical — one in Slate another in JAMA (the Journal of the American Medical Association). We post excerpts from the Slate article which includes links to the FDA inspectors’ documents; followed by the abstract of the JAMA article.

That misconduct happens isn’t shocking. What is: When the FDA finds scientific fraud or misconduct, the agency doesn’t notify the public, the medical establishment, or even the scientific community that the results of a medical experiment are not to be trusted. On the contrary. For more than a decade, the FDA has shown a pattern of burying the details of misconduct. As a result, nobody ever finds out which data is bogus, which experiments are tainted, and which drugs might be on the market under false pretenses.

The FDA has repeatedly hidden evidence of scientific fraud not just from the public, but also from its most trusted scientific advisers, even as they were deciding whether or not a new drug should be allowed on the market. Even a congressional panel investigating a case of fraud regarding a dangerous drug couldn’t get forthright answers. For an agency devoted to protecting the public from bogus medical science, the FDA seems to be spending an awful lot of effort protecting the perpetrators of bogus science from the public.”

Seife describes a pattern of FDA malfeasance – not merely “a sin of omission.” FDA officials have concealed FDA inspection memos detailing “falsification of data” from FDA advisory committees which were in the process of deliberating whether to approve the drug whose data was falsified.  For example,   the four clinical trials testing the safety and effectiveness of rivaroxaban, Johnson & Johnson’s anti-blood clotting drug, (trade name, Xarelto) was called RECORD (1, 2,3 &4). RECORD 4 trial was conducted at “scores of clinical trial sites” in more than a dozen countries; FDA inspected 16 sites. At 8 out of 16 sites, FDA inspectors found misconduct, fraud, fishy behavior, including “deliberately falsified data,” “systemic discarding of medical records” so that it was impossible to tell whether the study drug was given to the patients.

“The problems were so bad and so widespread that, contrary to its usual practice, the FDA declared the entire RECORD study to be “unreliable.” Yet if you look in the medical journals, the results from RECORD 4 sit quietly in The Lancet without any hint in the literature about falsification, misconduct, or chaos behind the scenes. This means that physicians around the world are basing life-and-death medical decisions on a study that the FDA knows is simply not credible.”

FDA also found major problems with the other three Xarelto RECORD trials that were supposed to demonstrate the drug’s safety and effectiveness.

“RECORD 2, for example, was nearly as awful as RECORD 4: Four out of 10 sites that the FDA inspected showed evidence of misconduct, or other issues grave enough to render the site’s data worthless—including clear evidence of data falsification at one site. In aggregate, these problems raise serious doubts about the quality of all four key rivaroxaban studies—and, by extension, doubts about how seriously we should take the claim that rivaroxaban is safe and effective. The FDA is keeping mum, even as wrongful-death lawsuits begin to multiply.”

FDA officials concealed the inspectors’ memo which provided details of “falsification of data” from the advisory committee. The memo was dated three days prior to committee’s meeting.  Xarelto is aggressively marketed by its manufacturer and aggressively promoted by doctors.

“The sworn purpose of the FDA is to protect the public health, to assure us that all the drugs on the market are proven safe and effective by reputable scientific trials. Yet, over and over again, the agency has proven itself willing to keep scientists, doctors, and the public in the dark about incidents when those scientific trials turn out to be less than reputable. It does so not only by passive silence, but by active deception.”

Seife’s article published in JAMA Internal Medicine, April 2015, Research Misconduct Identified by the US Food and Drug Administration: Out of Sight, Out of Mind, Out of the Peer-Reviewed Literature, focuses on 78 published reports from 57 clinical trials that FDA inspectors classified as “Official Action Indicated” (OAI).  Seife found that only 3 reports in peer reviewed journals included any mention of the serious problems identified by the FDA.

The accompanying JAMA editorial emphasizes the fact that:

“Seife could not estimate the actual frequency of serious problems owing to the large number of records that were missing or unavailable, and he could not determine how often the violations found by the FDA could reasonably be expected to be acknowledged in an article or how often corrections or retractions were indicated. If the FDA documents had been more accessible and not heavily redacted, it is likely that Seife would have linked more published clinical trials to apparent research misconduct.”

Research Misconduct Identified by the US Food and Drug Administration: Out of Sight, Out of Mind, Out of the Peer-Reviewed Literature  JAMA Internal Medicine, April 2015.

IMPORTANCE: Every year, the US Food and Drug Administration (FDA) inspects several hundred clinical sites performing biomedical research on human participants and occasionally finds evidence of substantial departures from good clinical practice and research misconduct. However, the FDA has no systematic method of communicating these findings to the scientific community, leaving open the possibility that research misconduct detected by a government agency goes unremarked in the peer-reviewed literature.

OBJECTIVES: To identify published clinical trials in which an FDA inspection found significant evidence of objectionable conditions or practices, to describe violations, and to determine whether the violations are mentioned in the peer-reviewed literature.

DESIGN AND SETTING: Cross-sectional analysis of publicly available documents, dated from January 1, 1998, to September 30, 2013, describing FDA inspections of clinical trial sites in which significant evidence of objectionable conditions or practices was found.

MAIN OUTCOMES AND MEASURES: For each inspection document that could be linked to a specific published clinical trial, the main measure was a yes/no determination of whether there was mention in the peer-reviewed literature of problems the FDA had identified.

RESULTS: Fifty-seven published clinical trials were identified for which an FDA inspection of a trial site had found significant evidence of 1 or more of the following problems: falsification or submission of false information, 22 trials (39%); problems with adverse events reporting, 14 trials (25%); protocol violations, 42 trials (74%); inadequate or inaccurate recordkeeping, 35 trials (61%); failure to protect the safety of patients and/or issues with oversight or informed consent, 30 trials (53%); and violations not otherwise categorized, 20 trials (35%).

Only 3 of the 78 publications (4%) that resulted from trials in which the FDA found significant violations mentioned the objectionable conditions or practices found during the inspection. No corrections, retractions, expressions of concern, or other comments acknowledging the key issues identified by the inspection were subsequently published.

CONCLUSIONS AND RELEVANCE: When the FDA finds significant departures from good clinical practice, those findings are seldom reflected in the peer-reviewed literature, even when there is evidence of data fabrication or other forms of research misconduct.

Excerpted from the full text:

“Such issues raise questions about the integrity of a clinical trial, and mention of these problems is missing from the relevant peer reviewed literature. The FDA does not typically notify journals when a site participating in a published clinical trial receives an OAI inspection, nor does it generally make any announcement intended to alert the public about the research misconduct that it finds. The documents the agency discloses tend to be heavily redacted. As a result, it is usually very difficult, or even impossible, to determine which published clinical trials are implicated by the FDA’s allegations of research misconduct.

The FDA has legal as well as ethical responsibilities regarding the scientific misconduct it finds during its inspections. When the agency withholds the identity of a clinical trial affected by scientific misconduct, it does so because it considers the identity to be confidential commercial information, which it feels bound to protect. However, failing to notify the medical or scientific communities about allegations of serious research misconduct in clinical trials is incompatible with the FDA’s mission to protect the public health.”