Stephen A. Krahling and Joan A. Wlochowski, former Merck virologists blew the whistle by filing a qui tam action lawsuit — U.S. v Merck & Co. — in August 2010. The scientists allege that the efficacy tests for the measles, mumps, rubella vaccine (MMR) were faked. The document was unsealed in June, 2012.

This is a major federal case alleging fraud in vaccine testing; it encapsulates how medical research can be manipulated to achieve desired results, and why it may be wise to question the integrity and the validity of “science-based medicine.”

The suit charges that Merck knew its measles, mumps, rubella (MMR) vaccine was less effective than the purported 95% level, and it alleges that senior management was aware and also oversaw testing that concealed the actual effectiveness. According to the lawsuit, Merck began a sham testing program in the late 1990’s to hide the declining efficacy of the vaccine. The objective of the fraudulent trials was to “report efficacy of 95% or higher regardless of the vaccine’s true efficacy.”

According to Krahling and Wlochowski’s complaint, they were threatened with jail were they to alert the FDA to the fraud being committed.

The plaintiffs charge that Merck defrauded the U.S. for more than a decade by faking a vaccine efficacy rate of 95% even though the real rate was significantly lower.

According to the suit, the objective of the fraudulent trials was to “report efficacy of 95% or higher regardless of the vaccine’s true efficacy.”

“For the new testing method, the children’s blood was tested for its ability to neutralize the virus using the vaccine strain virus, instead of the wild type strain that is much more infective, and the one that your children would most likely catch… But still it was not 95% effective. In order to make the blood pass the test, antibodies from rabbits was added. The addition of rabbit antibody increased the efficacy to 100%. But that was not the end, because the test has to be done on pre-vaccine blood and post-vaccine blood.

Just the addition of rabbit antibody made the pre-vaccine blood go from 10% positive to 80% positive and that was such an obvious sign of foul play that yet another manipulation had to be made.

The desired end result is to have very low pre-vaccine antibody and 95% or more post-vaccine efficacy as measured by antibody neutralization. So, yet one more change in procedure was made: The pre-vaccine tests were all redone…by fabricating the “plaque” counts on the pre-vaccine blood samples, counting plaques that were not there. What this allowed was a mathematical dilution of the pre-vaccine positive blood counts.” (Court House News Service, June 27, 2012) 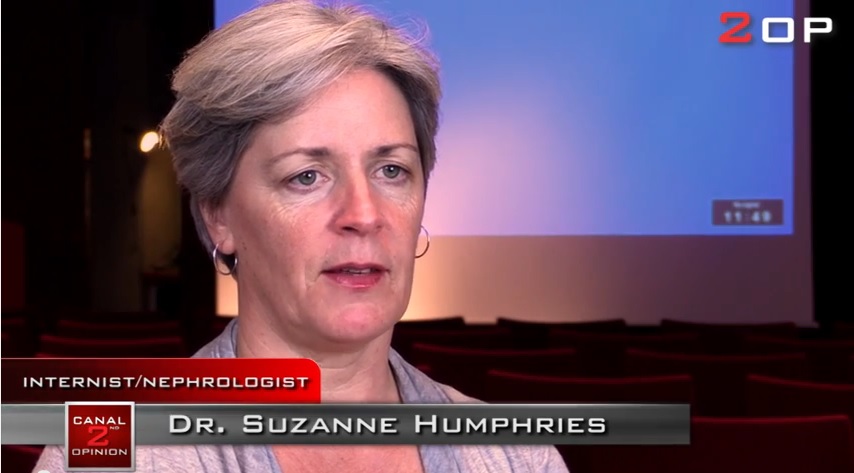 Suzanne Humphries, MD, an internist / nephrologist who practiced medicine in the conventional system for 19 years, witnessed first-hand how that approach fails patients and creates a new disease time and again’ summary explains in layman’s terms how the tests were manipulated. Dr. Humphries is on the board of directors of the International Medical Council on Vaccination.

“In the complaint, the scientists outline in great detail exactly how Merck manipulated the efficacy results in order to be able to say they had a 95% effective vaccine so that they could meet the fairytale goal of vaccine-induced “herd immunity by 2010.”

Well, it turns out that the vaccine could not meet the goal that CDC projected to eradicate mumps by 2010, BECAUSE the vaccine, in its current state cannot reliably confer immunity, and is in fact a dilute version of what it once was when Maurice Hilleman invented it using the virus of his five year old daughter. The same viral mumps strain has been in use in every mumps or MMR vaccine Merck has made since 1967.”

If what these scientists claim is true, the net result of Merck’s questionable activity was epidemics and outbreaks. It is known that the mumps component of all MMR vaccines from the mid 1990’s has had a very low efficacy, estimated at 69% (Harling 05). The outbreaks started in UK and Europe in 1998. USA’s outbreaks began in 2006.

These mumps outbreaks have already been proven NOT to be the result of failure to vaccinate, but vaccination failure… and now it looks to all be a result of Merck’s cooked books, used in order to maintain a commercial monopoly to generate increased revenue from increasing numbers of boosters.(Humphries Scientists Sue Merck: Allege Fraud for MMR Vaccine, GreenMedInfo.com)

Read more of Dr. Suzanne Humphries’ thoughts about vaccine safety and why “They Don’t Want Your to Hear the Other Side”

They claim that by faking effectiveness tests –i.e, committing fraud –Merck misled the government about the effectiveness of the mumps component of its MMR II vaccine. The vaccine contained the same strain of mumps vaccine which had been shown to cause meningitis and was removed from the Canadian market. In 1978 Merck introduced the MMR II, using a different strain of the rubella vaccine, but the same strain of mumps vaccine.

These Merck whistleblowers claim they were threatened; that if they called the FDA they would be jailed. But they were reminded of the very large bonuses would come their way after the vaccines were certified.

Two other class action lawsuits against Merck were filed in 2012.

One was filed by a clinic, the other by two physicians claiming Merck violated the Sherman Act – with monopolistic, anti-competitive practices – and various violations of state laws.  The two suits are being handled together. (U.S. v. Merck and U.S. v Merck and Chatom v. Merck). Courthouse News Service, July 2012:

“Merck has known for a decade that its mumps vaccine is “far less effective” than it tells the government, and it falsified test results and sold millions of doses of “questionable efficacy,” flooding and monopolizing the market… Chatom says in its antitrust complaint that Merck falsely claims its mumps vaccine is 95 percent effective. That claim “deterred and excluded competing manufacturers,” who would enter the risky and expensive vaccine market only if they believed they could craft a better product…

Merck is the only manufacturer licensed by the FDA to sell the mumps vaccine in United States, and if it could not show that the vaccine was 95 percent effective, it risked losing its lucrative monopoly…

That’s why Merck found it critically important to keep claiming such a high efficacy rate, the complaint states. And, Chatom claims, that’s why Merck went to great lengths, including “manipulating its test procedures and falsifying the test results,” to prop up the bogus figure, though it knew that the attenuated virus from which it created the vaccine had been altered over the years during the manufacturing process, and that the quality of the vaccine had degraded as a result.” (cited by Dr. Mercola here )

On September 5, 2014, Judge Jones II of the Federal District Court for the Eastern District of Pennsylvania, rejected Merck’s motion to dismiss. The Court rejected Merck’s claim that FDA preempts state law. The purpose of the False Claim Act, a federal statute, was to allow whistleblowers to bring such claims in the name of the government.

June 2015: Whistleblower attorney accuses Merck of stonewalling by withholding information and files  a motion to compel Merck to comply. In his letter to the court overseeing the case, wrote:

“Rather than answer questions, Merck has taken an “evasive approach in its blanket refusal” to provide information effectiveness… Instead, the drug maker cited data from nearly 50 years ago, when the vaccine was introduced, and that it is not possible to conduct new trials.

Either Merck knows the current efficacy of its mumps vaccine, or it does not,” the attorney writes. “Whichever the case, Merck should not be permitted to raise as one of its principal defenses that its vaccine has a high efficacy, which is accurately represented on the product’s label, but then refuse to answer what it claims that efficacy actually is.”

“The lawsuit has gained attention because it comes at a time of ongoing controversy over vaccine safety, in general, and resistance by some parents to having their children vaccinated. The issue was highlighted again last year after a measles outbreak at Disneyland in California, where 147 people were infected, prompting push back against religious exemptions for vaccination.

The mumps vaccine is a sizeable product for Merck, which reported that sales reached $721 million last year, when including both the MMR II vaccine – which is mumps, measles and rubella – and the ProQuad vaccine, a combination product that is also used to thwart chickenpox, according to a filing with the U.S. Securities and Exchange Commission.

The federal government, by the way, declined to intervene – or join – the whistleblower lawsuit. We should note that several physicians later filed a lawsuit seeking class action status and charged the vaccine was mislabeled and was not the product for which the government or other purchasers paid, which meant that Merck violated the False Claims Act, according to court documents.

Meanwhile, the U.S. Centers for Disease Control and Prevention notes that mumps is no longer common in the U.S., although the number of cases has been rising. Last year, 1,151; two years ago, the number of reported cases reached 438 people.” (Merck is Accused of Stonewalling Over Effectiveness of Mumps Vaccine Jun 8, 2015)