A Newsweek video report states that US intelligence agencies now acknowledge the possibility that the coronavirus pandemic had spread globally from the Wuhan Institute of Virology (WIV) in China — not from the Wuhan market. The WIV laboratory is licensed for highest risk, level 4 Risk Group (RG4) experiments where researchers conduct exceedingly dangerous and controversial “animal passage” experiments – which the U.S. refers to as “gain-of-function” research. Scientists at the WIV experimented with deadly bat viruses that they injected in mammals to create more lethal, airborne viruses that pose highest risk for human beings. The deadly virus evidently escaped from the laboratory and caused a global pandemic. Scientists at the WIV also conducted genetically engineered viruses.

So, why did Dr. Anthony Fauci, head of the US National Institute of Allergy and Infectious Diseases since 1984, provide the Wuhan Institute of Virology with two grants each for $3.7 million dollars? He approved the second grant in 2019 even after having been alerted by US Embassy officials in China, about the lack of safety at the Wuhan facility. [Read more here and here]

From a report by James Corbett, India Puts the CDC on Notice, we learn that Dr. Robert Redfield, head of CDC has recently provided $3.6 million in taxpayer funds for similarly dangerous gain-of-function experiments in which the lethality of deadly viruses are weaponized. The CDC funded experiments were to be conducted in India, but the Indian government pushed back and ordered the CDC to stop the illegal funding for unapproved experiments.

The story about the Indian government push back against the US Centers for Disease Control (CDC) has been “flying under the radar,” given the numerous crises that have come to define 2020.

An investigation is urgently needed to address the overreaching of government officials and the misallocation of U.S. taxpayer dollars for experiments that are both immoral and illegal – and these experiments pose very serious risk to the human community – as is borne out by the current coronavirus pandemic.

The Corbett report provides evidence to support those who now refer to the CDC as the Centers for Disease Creation and Propaganda.

In early May, CDC announced a $3.6 million grant to the Manipal Centre for Virus Research (MCVR), ostensibly to “further strengthen and support the Indian government’s efforts to increase laboratory capacity for SARS-COV-2 testing.”

According to The Hindustan Times, the coronavirus pandemic prompted the Indian government to order a review of biological weapons grade pathogens in the country. That review discovered that the CDC was funding a training program at the MCVR to detect and diagnose Nipah virus, a high risk, weapons-grade pathogen classified as “Risk Group 4” (RG4). The MCVR is not licensed to conduct research on such a high risk pathogens.

“Our apprehension is that the lab was being used to map the Nipah virus, which can be used to develop a vaccine, the intellectual property right of which [sic] will not be with India. Importantly, understanding how the human body reacted to the virus will also produce a more virulent form of virus for biological warfare.”

This is not the first time that the CDC has been accused of conducting nefarious biowarfare experiments in India. 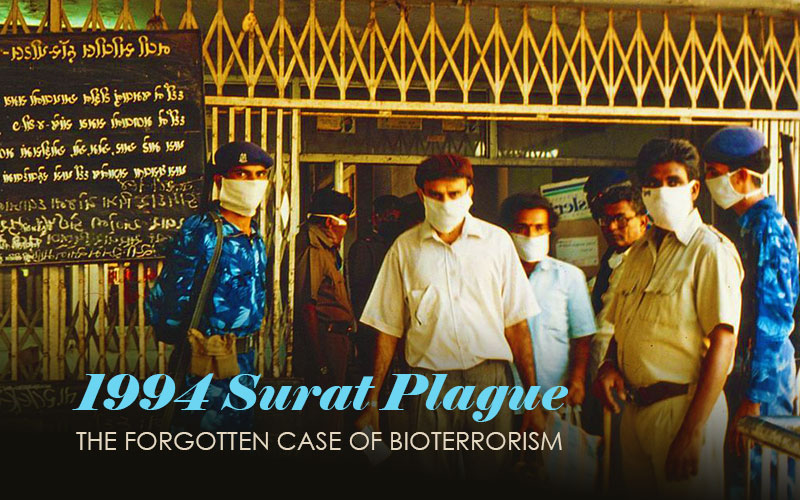 In September 1994, an outbreak of bubonic and pneumonic plague hit south-central and western India, causing 693 cases of the disease and 56 deaths. While the loss of life was relatively small, the panic surrounding the event was unprecedented: more than 300,000 people fled the city of Surat within two days. In addition to the lives lost, the panic cost India’s economy over $600 million.

1994 Surat Plague: The Forgotten Case of Bioterrorims, a report by GreatGameIndia, — the Journal on Geopolitical & International Relations, May 2, 2020, reported that

“The plague outbreak in the western Indian city of Surat in 1994 has been mired in controversy just as COVID-19. The origin of the outbreak is still a mystery. Indian defense establishment believes the 1994 Surat Plague is a case of bioterrorism. Numerous media outlets at the time reported the involvement of CDC) It was suspected that the germ with an extra protein ring was developed by a CDC lab in Almaty, Kazakhstan.”

Satnam Singh, former Programme Director at the World Health Organisation (WHO) office in Delhi, brought forth various reports of it not being the plague – by an expert committee appointed by the Gujarat government in 1995 and another by a committee under the chairmanship of N.R. Mehta, retired professor of community medicine in Surat Medical College.

A paper published in the U.S. Journal of Public Health Policy in 1997 and a declaration by the Indian Association of Medical Microbiologists stated that “there is not even a single convincing evidence of plague either in Surat or Beed.”

The Western media disregarded the concerns of Indian experts in infectious diseases who, as early as November 1994, maintained that the epidemic was not caused by plague, but was due to some other as yet unidentified agent. The contention of Indian experts was based largely on two factors: that the plague bacterium, Yersinia pestis, was never isolated from any case, and they cited the fact that the germs had an extra protein ring which could only have been inserted artificially. Indian scientists and the Indian defense establishment raised concerns that the “plague” was the result of a US CDC biowarfare experiment having gone awry.

The New York Times, disseminated the theories advanced by the CDC, that were aimed at distracting  such as: the plague “had been carried to Surat by the large population of migrant workers from Latur after an earthquake killed about 10,000 people”; another theory blamed the earthquake for the migration of forest-dwelling rats infected with the plague bacillus to migrate to nearby villages…”

Recent reports in the Indian magazine, THE WEEK provided details of germ war research being carried on currently in Indian laboratories under the auspices of the CDC. The US embassy had denied the allegations.

On February 1, 2020, a report in THE WEEK, by R Prasannan, Chief of Bureau, New Delhi, an expert in defense and foreign affairs, raised the question: Did the novel coronavirus leak come out from a biowar lab in Wuhan? He noted that the Wuhan Institute is officially acknowledged to be China’s most advanced virus research lab complex. He cites a report on arms control compliance by the US State Department which accused China of working on military pathogens for offensive purposes.

Both China and the US are signatories to the Biological Weapons Convention of 1985, which prohibits the development of biological weapons. The State Department’s Adherence and Compliance report dated 2020, noted US concerns with respect to “Chinese military medical institutions’ toxin research and development because of the potential dual-use applications and their potential as a biological threat”.

“Ever since it was effectively conquered by the British East India Company in the 18th century, India has been used as a giant open-air laboratory for the would-be social engineers of the ruling oligarchy… At the height of the East India company’s power, the nation of India had as effectively become the plaything of multinational corporations”.

“In the current era, however, the privatization of India is done not by the corporations directly, but under the guise of “philanthropy” by nongovernmental organizations and private foundations. India is a primary target for the Bill Gates and his Foundation. India provides a ready testing ground for medical research. India’s population serves Big Pharma both as human guinea pigs to test experimental vaccines and drugs, while also providing a ready market for those drugs and vaccines.

A series of four Corbett Reports expose the nefarious agenda and inordinate influence of the Gates Foundation over India: There is no aspect of the modern Indian state that does not bear the fingerprints of Gates or one of his minions. Some of the “lowlights” of the Bill and Melinda Gates Foundation’s involvement in India are examined in detail by Corbett: The national vaccination schedule to the national biometric identification scheme (Aadhaar), to the country’s headlong rush towards a mobile digital payment system. 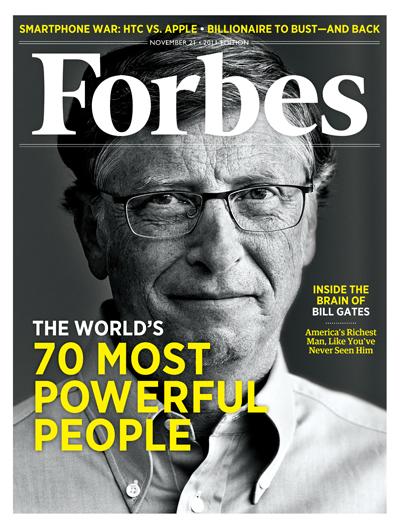 In fact, such was the concern over the way that the Gates Foundation was influencing India’s vaccination strategy on behalf of Gates’ Big Pharma buddies that the Indian government was forced to cut all financial ties between the foundation and the National Technical Advisory Group on Immunisation—the primary body advising New Delhi on all vaccination-related matters.  However, that did by no means end his influence over Indian government policy.

“Here we will have to really think medical-legal. Why medical-legal? Because [despite] quite a few adverse events END_OF_DOCUMENT_TOKEN_TO_BE_REPLACED