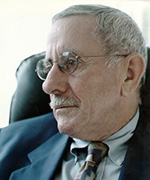 Loren Mosher, MD, a psychiatrist who espoused drug-free treatment for schizophrenia. He was a graduate of Stanford and Harvard Medical School. He served as the first chief of the Center for Studies of Schizophrenia of the National Institutes of Mental Health from 1968 to 1980. He was the founder and first Editor in Chief of Schizophrenia Bulletin, and he coauthored the textbook Community Mental Health: Principles and Practice which has been translated into five languages; he wrote or edited numerous scientific articles.

Dr. Mosher spent his entire professional career seeking more humane and effective treatment for people with a diagnosis of schizophrenia. This caused him to be cast as a maverick and to be marginalized by mainstream psychiatry. As an advocate for patients’ rights Dr. Mosher took an approach that was derived from the “moral treatment” of mentally ill people, a tradition characterized by Philippe Pinel when he removed the chains from the men held in the Bicêtre Hospital in Paris in 1797.

His early research into identical twins and schizophrenia convinced him that genes alone could not explain the onset of schizophrenia. By ignoring environmental and psychosocial factors, the psychiatric establishment was guilty, he said, of reducing schizophrenia to a “mechanistic” brain disease model. The result, he said, is that, “We’re so busy with drugs that you can’t find a nickel being spent on [nondrug] research.”

In the 1970s he developed an innovative, non-drug, non-hospital, home-like, residential treatment facility, Soteria House for newly identified acutely psychotic persons. At two-year follow-up, he found that Soteria-treated patients had better overall outcomes than those receiving usual hospital treatment and neuroleptic drugs. People who received no neuroleptic drugs did especially well. After showing studies of patient recovery without medication, caused a strong peer backlash. So threatened was the psychiatric establishment that the NIMH cut off the project’s funding, as did a second residential treatment center in San Jose.

Unfortunately, APA reflects, and reinforces, in word and deed, our drug dependent   society. Yet it helps wage war on “drugs.”. . . “Bad” drugs are those that are obtained mostly without a prescription. A Marxist would observe that being a good capitalist organization, APA likes only those drugs from which it can derive a profit…

These psychopharmacological limitations on our abilities to be complete physicians also limit our intellectual horizons. No longer do we seek to understand whole persons in their social contexts — rather we are there to realign our patients’ neurotransmitters. The problem is that it is very difficult to have a relationship with a neurotransmitter — whatever its configuration. So, our guild organization provides a rationale, by its neurobiological tunnel vision, for keeping our distance from the molecule conglomerates we have come to define as patients.

We condone and promote the widespread use and misuse of toxic chemicals that we know have serious long term effects — tardive dyskinesia, tardive dementia and serious withdrawal syndromes. . . The shortsightedness of this marriage of convenience between APA, NAMI, and the drug companies is an abomination. I want no part of a psychiatry of oppression and social control. . . “Biologically based brain diseases” are certainly convenient for families and practitioners alike. It is no-fault insurance against personal responsibility. . . .

DSM IV is the fabrication upon which psychiatry seeks acceptance by medicine in general. Insiders know it is more a political than scientific document. . . . there are no external validating criteria for psychiatric diagnoses. There is neither a blood test nor specific anatomic lesions for any major psychiatric disorder. APA as an organization has implicitly (sometimes explicitly as well) bought into a theoretical hoax…

Excerpted from Dr. Mosher’s extraordinary Letter of Resignation from the APA, December 1998.

The consequences of his opposition to the influence of drug companies over medicine and his insistence on nondrug measures to help patients took a toll. In a 2003 interview with the San Diego Weekly Reader he said, “I am completely marginalized in American psychiatry. I am never invited to give grand rounds. I am never invited to give presentations . . . in the United States.”

In his legal/psychiatric work Dr. Mosher was expert witness for the plaintiffs in two successful class action suits related to forced medication of psychiatric patients (N.J.; Renie vs. Klein, 1978; CA; Jamison vs. Farribee 1983). He also was an expert witness for the plaintiffs in four class action suites (MD, VA, DC & AZ) against Psychiatric Institutes of America(PIA) and National Medical Enterprises (NME) for medical malpractice and insurance fraud (1994–present).

Dr. Mosher held professorships and headed mental health programs on the US east and west coasts. He also ran his own consulting company, Soteria Associates, to provide mental health, research and forensic consultation. He published more than 100 articles and reviews, and edited or co-authored several books, including Community Mental Health: A Practical Guide (1994). A co-authored book on Soteria was published poshumously. Loren Mosher was a member of the Board of Directors of the Alliance for Human Research Protection until his death, July 10, 2004.