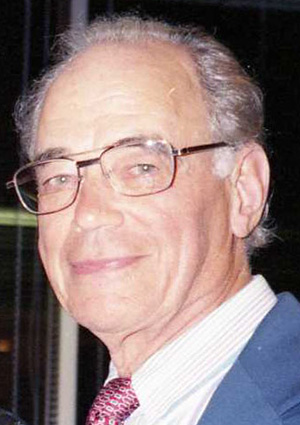 John Anthony Morris, MD, a bacteriologist and virologist who trained at Walter Reed Hospital. He had a distinguished career researching viral and respiratory diseases at the National Institutes of Health (NIH) from 1940s to 1976. In the mid-1950s NIH assigned him to investigating vaccines and their risk factors, and in 1959, Dr. Morris was recruited by FDA’s Division of Biologics (DBS) to be Chief Vaccine Control Officer to conduct research about influenza, as a heated controversy was brewing within the public health community about the efficacy of the first flu vaccine.

High level officials argued for mass vaccination against the flu and common cold: Dr. Morris was charged with validating their view. However, after conducting extensive tests on the effectiveness of the flu vaccine, Dr. Morris was alarmed at what he found. First, it was impossible to measure the actual strength of the vaccine — regardless of its stated potency on the label. Ant studies he had one on elderly people showed that if they derived a benefit it was so small that it could not be reliably measured. Furthermore, the vaccine did not produce antibodies in the lungs and mucus membranes where an infection starts. His studies raised concerns about the vaccine’s side effects.

After completing his studies in 1972, Dr. Morris reported his concerns to DBS officials who retaliated in no uncertain terms: his research materials were confiscated, locks on his laboratory were changed, his laboratory staff were reassigned elsewhere, and his efforts to publish his findings were blocked. DBS further harassed Dr. Morris, assigning him to a small room with no telephone: anyone who wished to see him had to get permission from the chief of the laboratory. Dr. Morris learned the hard way that “There is a close tie between government scientists and manufacturing scientists. And my results were hurting the market for flu vaccines.”

By sweeping the scientific evidence out of sight, over 20 million doses of flu vaccine were being sold in the US by 1970 — it became one of the largest selling vaccines. The same year, DBS fired Dr. Morris for blowing the whistle on the ineffectiveness and hazards of the “Swine Flu” vaccine, and publicly stated:

“There is no evidence that any influenza vaccine, thus far developed, is effective in preventing or mitigating any attack of influenza. The producers of these [influenza] vaccines know they are worthless, but they go on selling them anyway. . . . It’s a medical rip-off. . . I believe the public should have truthful information on the basis of which they can determine whether or not to take the vaccine.” And he adds, “I believe that, given full information, they won’t take the vaccine.” (The Washington Post, 1979)

Dr. Morris then instituted a wrongful dismissal suit. The grievance committee unanimously found that Dr. Morris had been harassed by his superiors. The “case” against him included accusations such as failure to return library books on time. The case dragged on for years.  Despite the fact that all charges against him were overturned, his professional reputation had been badly damaged.

Dr. Morris was determined to clear his name publicly. With his lawyer, James Turner,* he drew up a detailed memorandum showing “dubious techniques” used to test the flu vaccine and charging that NIH and DBS officials had “tampered” with the test results. They also identified other scientists who had been forced to leave DBS when their research findings might have affected a vaccine market.

Dr. Morris gave a copy of the memorandum to Senator Abe Ribicoff of Connecticut, who initiated a General Accounting Office (GAO) investigation. Its findings concurred with some of Dr. Morris’s criticism about the significant misrepresentation of the flu vaccine’s effectiveness. Hearings were held by the Senate Subcommittee on Executive Reorganization and Government Research Committee  on Government Operations were held on April 20, 21 and May 2, 4 1972)

Dr. Morris’ research found that:  in children, the vaccine often induced fever; in pregnant women it could harm the fetus. Furthermore, because the vaccine was “literally loaded with extraneous bacteria” the flu vaccine put everyone at risk of harm.

Government Does Not Tolerate Honest scientists Whose Research Findings Contradict Vaccine Uptake Goals
Increasingly, American scientists understood that they were expected to be state scientists who did not rock the boat; they were not supposed to report independent findings that contradicted government claims. Dr. Morris did not go along and did not withhold his findings from the public.

In 1972, Dr. Morris was working at the FDA on a new live flu vaccine to be administered as nose drops in the hope that it would solve the safety problems of the earlier vaccine. The live vaccine had been tested in children without prior testing in mice. Dr. Morris initiated such a test and found that the live flu vaccine induced tumors in the animals. His finding clashed with the bureaucrats.

“Suppression, harassment, and censorship of individual investigators. . . I finally came to realize that you either had to compromise yourself or leave. Morris and [Bernice] Eddy are the real heroes in that place because they stayed and fought. The others voted with their feet and left.”

The last straw in the tug of war between Dr. Morris and the public health bureaucracy occurred in 1976 when Dr. Morris publicly challenged CDC’s nationwide Swine flu vaccination campaign. A swine flu strain had been found in a single soldier who died at Fort Dix. CDC officials saw this as an opportunity to set in motion a worldwide pandemic by claiming that the swine flu virus was the same as the one that killed millions in the 1918 epidemic. That claim was false: scientists at Fort Detrick (biological warfare unit) found it to be an ordinary pig virus that posed no risk for humans.

CDC’s 1976 hard sell campaign was amplified by President Gerald Ford who signed a bill authorizing $135 million to vaccinate 140 million Americans against the swine flu. President Ford appeared on the Walter Cronkite CBS Evening News hour warning the public that the estimated number of deaths in the US from the “swine flu” was one million. Dr. Morris informed his boss that he would speak out against the flu vaccination campaign. He was warned “not to talk about this.”

Effectiveness of flu vaccine is comparatively low. Flu vaccine made from inactivated virus particles such as now being manufactured, produces the wrong kind of immunity. It elicits systemic antibody that can be measured in the blood, but does not produce the local antibody in lungs and nose needed to protect against infection to the virus if later infected.

There is no precise way to measure the potency of flu vaccine that will be offered Americans because the standard units do not measure the mass of virus particles in a vaccine.”

He then warned that the vaccine was dangerous and might induce hypersensitivity and most concerning, it may induce neurological side effects. He was fired for insubordination.

By Oct. 1976, 33 people had died after receiving the Swine Flu vaccine, by Dec. there were 500 cases of Guillain-Barre. But public health officials publicly denied that there was any relationship between any of the deaths or serious adverse effects and the vaccine.

Dr. Morris was forced to retire in 1980, at which time he became a consultant for people who had been harmed by vaccines. In 1987, Dr. Morris testified before the Senate Committee on Ways and Means indicating that by Aug. 1982, there were 1,571 lawsuits filed people who had suffered serious adverse reactions to the swine flu vaccine. Of these, 290 had been settled for $57,000,000; another 693 were still pending at a possible cost to the government of $1,027,000.000. He testified:

“These figures give some idea of the consequences resulting from a program in which the Federal government assumes liability of a product known to produce in an indeterminate number of recipients, serious damage to health . . . when I left the Food and Drug Administration in 1976, there was no available technique to measure reliably and consistently neurotoxicity or potency of most of the vaccines then in use, including DPT vaccines. Today, 11 years later, the situation remains essentially the same.

There is a great deal of evidence to prove that immunization of children does more harm than good.”