The Unconscionable Marginalization of Unvaccinated Children

There are clear signs  that an orchestrated public relations drive is underway to convince state legislatures to eliminate vaccination exemptions for children whose parents have rational reasons to be concerned that their child could be put at risk of  serious harm.  The powerful coalition that is engaged in the propaganda campaign has been suppressing evidence of harm and denigrating parents who speak up about the damage that vaccines have caused their babies. 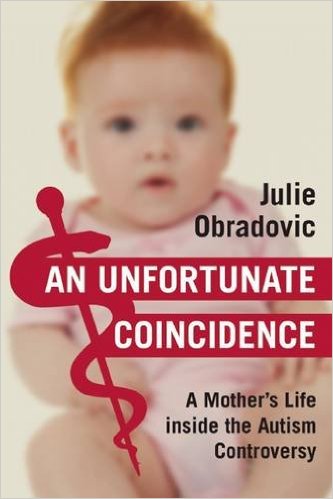 The campaign to frighten the public was kicked off in a Sunday editorial penned by the Editorial Board of the New York Times, and an article published simultaneously in the BMJ (British Medical Journal)/ “Measles: Two US Outbreaks Are Blamed on Low Vaccination Rates” by by Janice Hopkins Tanne , who cites the Times Editorial; yet her article was published on January 19th, the same day as the Times  Editorial.

Dr. Meryl Nass uses empirical evidence, documented in data collected by the CDC and government reports to refute the litany of false and unsupportable claims made in the mainstream media and in the medical journals about measles outbreaks, such as the exaggerated numbers affected by Measles, including  invented deaths.

Unvaccinated children are being maliciously blamed as posing a danger to others when, as Dr. Nass documents, the evidence clearly disproves that assertion. Maligning and stigmatizing innocent children is a calculated propaganda technique to avert public attention from  the 89,000 adverse events, including 450 deaths that have been reported to the U.S. Adverse Event Reporting System following measles vaccination.

The public needs to be truthfully informed about risks and benefits, rather than manipulated by fear mongering tactics.

*Dr. Nass is a board member of the Alliance for Human Research Protection.

Re: Measles: two US outbreaks are blamed on low vaccination rates. Another perspective

Please allow me to make a few corrections and add context to Ms. Tanne’s article. Endemic measles has been eradicated from the US and the whole of the western hemisphere, per the WHO.(1) It does not continually recirculate. But cases are brought into the US, or rarely occur as a clinical response to measles vaccination, (2) multiple times each year. (3) The US averages about 250 reported cases annually.

There have been only 3 deaths from measles in the US since 2000: one in a 75 year old male who was exposed in Israel; one in a 13 year old immunosuppressed male who had received a bone marrow transplant 3 months premortem, who lacked any identified exposure to a measles case; and one in an immunosuppressed woman with multiple comorbidities. Whether any of these deaths was caused by a vaccine strain is unknown, but since vaccine strain measles can be virulent in an immunocompromised host, it is possible. (2)

Thus, there is no evidence that in recent years unvaccinated US children have caused a single death from measles, mumps and rubella. Yet how many column inches, how many hours of TV news have been devoted to scaring the American public about the dire threat of measles? Fear of measles has been the major driver of the campaigns to eliminate vaccine exemptions.  Parents of immunocompromised children have been incited to frenzy about the risks posed to their children by unvaccinated classmates. Yet, when you look closely, the risk is marginal to none.

Even when all eligible children are vaccinated, there will remain those who cannot be vaccinated with live vaccines, and those who fail to achieve immunity from their immunizations. Even after 2 doses, the mumps vaccine is only 86% efficacious. (6) Measles vaccine is 85-95% efficacious after one dose, (7) and 90-98% after two.(8) In US and Canadian measles outbreaks, up to 50% of those developing measles have received two doses of MMR. (8) Thus, there will continue to be disease outbreaks, with or without ending the practice of vaccine exemptions.

During the past 30 years, approximately 89,000 adverse enents, including about 450 deaths, have been reported to the US Vaccine Adverse Event Reporting System for measles vaccines.

Ms Tanne seems to be singing with a Pharma-led chorus this week, orchestrated with the WHO, BMJ, NY Times and other media outlets. Simultaneously, similar bills have been introduced this month in US state legislatures to end all vaccine exemptions.

But consider: if vaccine exemptions are withheld from children whose families perceive them to be at high risk of an adverse reaction from the MMR, we are likely to experience an inversion in public health: fewer overall viral infections, but more vaccine reactions (and child deaths) then we have now. Public health won’t prevail, but Pharma profits will.

Endonuclease Fingerprint Indicates a Synthetic Origin of SARS-CoV-2  SARS-CoV-2 is the virus that caused the disease COVID-19.   END_OF_DOCUMENT_TOKEN_TO_BE_REPLACED