Overshadowed amidst the manipulated hysteria about measles outbreaks within a small community, is the alarming rise in the number of highly transmissible, fatal fungal infections. These deadly infections have been emerging by the thousands in hospitals and nursing homes resulting in deaths.

Candida Auris, is one such deadly fungus infection which is resistant to antibiotics. C Auris is transmitted into the bloodstream through a catheter or other invasive treatments in hospitals. The New York Times has run a series of articles by Pulitzer Prize winner, Matt Richtel about  the serious threat posed by C Auris, which he discovered is The Fungus Nobody Wants to Talk About: outbreaks have been played down or kept confidential by hospitals, doctors, even governments.

Candida auris, preys on people with weakened immune systems, and it is quietly spreading across the globe. Over the last five years, it has hit a neonatal unit in Venezuela, swept through a hospital in Spain, forced a prestigious British medical center to shut down its intensive care unit, and taken root in India, Pakistan and South Africa [ A Mysterious Infection, Spanning the Globe in a Climate of Secrecy, April 6, 2019]

“it appeared that, in each case, the germ evolved during treatment and became pan-resistant, confirming a fear that the infection will continue to develop more effective defenses”.

“Nearly 600 cases of C. auris have been reported [to the Center for Disease Control] in the United States, the majority of them in New York, New Jersey and Illinois. According to the Centers for Disease Control and Prevention, nearly half of people who contract the illness die within 90 days. [How a Chicago Woman Fell Victim to Candida Auris, a Drug-Resistant Fungus By Matt Richtel, The New York Times, April 17, 2019]

It is most disturbing that the rise in such deadly iatrogenic infections – meaning infections caused by medical treatment – are being kept secret from the public – as noted by The Times: The rise in resistant bugs is cloaked in widespread and chronic secrecy.

“As our reporting continued, we discovered it was common for hospitals, doctors and public health agencies to clam up when it came to talking about their troubles with resistant bugs, though they widely acknowledged the existence of the problem and even encouraged our efforts. This disconnect was at its most extreme when the issue turned to the subject of the first article in our series, which was published online on Saturday — Candida auris.
[Candida Auris: The Fungus Nobody Wants to Talk About,  April 8, 2019]

“It often has been hard to gather details about the path of C. auris because hospitals and nursing homes have been unwilling to publicly disclose outbreaks or discuss cases, creating a culture of secrecy around the infection. States have kept confidential the locations of hospitals where outbreaks have occurred, citing patient confidentiality and a risk of unnecessarily scaring the public…

“The lack of transparency puts patients at risk, some say. Institutions say disclosure could scare some people away from seeking needed medical care. The C.D.C. made a public announcement when an antibiotic-resistant form of the rod-shaped Pseudomonas aeruginosa bacteria sickened several American travelers to Tijuana, Mexico. But it does not reveal which hospitals in the United States are battling infectious outbreaks.
(Culture of Secrecy Shields Hospitals With Outbreaks of Drug-Resistant Infections, April 8, 2019) 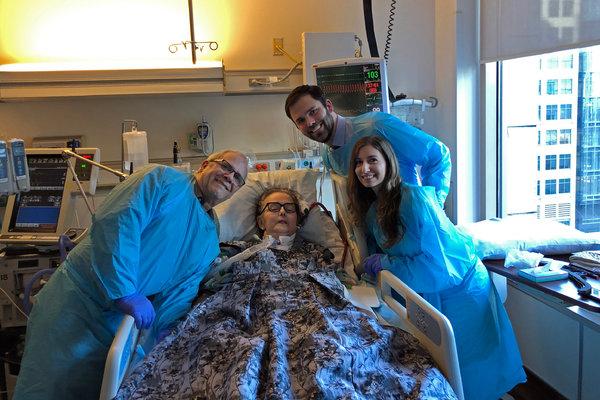 The family of Stephanie Spoor sought to break the silence by contacting The New York Times and providing details of her case. Nevertheless, Northwestern Memorial Hospital where she contacted the fungal infection and died as a result, declined to answer any questions from The Times about her case even with the family’s permission. Furthermore the hospitals refused to respond to questions about how many cases of C auris it has treated.

What’s more, the CDC refuses to divulge which hospitals have had C auris cases. That  refusal is contrary to the agency’s public health mission.

If  kept secret, treatment-resistant hospital acquired  fatal infections will rapidly become a catastrophic public health crisis. Scientists at Washington University School of Medicine have put the death toll in the U.S. from drug resistant infections at 162,000 annually — far more than the CDC estimated 23,000 deaths annyally. Worldwide they estimate the annual number of fatalities to be 700,000.

Scientists  acknowledge that unless more effective new medicines are developed and unnecessary use of antimicrobial drugs is sharply curbed, risk will spread to healthier populations.  The likely culprit for the rapid rise in drug-resistant deadly infectious was pinpointed by Dr. Johanna Rhodes, an infectious disease expert at Imperial College London states:
“We are driving this with the use of antifungicides on crops.”
[A Mysterious Infection, Spanning the Globe in a Climate of Secrecy, The New York Times, April 6, 2019]

However, like the pharmaceutical giants who manufacture vaccines, Big Agriculture conglomerates — such as Monsanto — and their genetically modified agriculture  methods are shielded from criticism damaging to their profit-margins. That may explain the secrecy surrounding the epidemic rise in infectious diseases that are drug resistant.