Public health policies encourage the misuse of public funds for expensive, harm-producing psychotropic drugs. Government agencies are funding the abuse of America’s children in foster care who are subjected to assaultive prescription orders by psychiatrists. These drugs and prescribed combination of these drugs are seriously undermining children’s mental and physical health.

A sensational 5-part series in The Mercury News (2014) “Drugging Our Kids” focuses on the horrific experience of children in California’s foster care system and on the unconscionable psychiatrists whose prescribing practices follow drug manufacturers’ marketing goals. These medical professionals use their license to exacerbate children’s suffering by drugging them into a stupor with high doses of multiple psychotropic drugs. 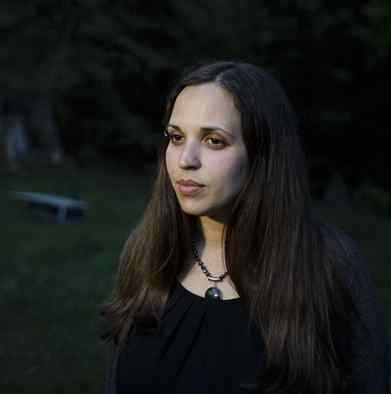 “Growing up in the foster care system, Rochelle Trochtenberg spent much of her youth in a heavily medicated state. She says her doctors weren’t especially cautious about the drugs, and when she was 18, she had a reaction that sent her to the emergency room. She was suffering from a side effect that caused much of her body to seize up. “I literally didn’t have the ability to move my body,” she recalls. “I was terrified.”

The series has been updated with part 5 and 6 in the August 2016 edition of the paper. The series of investigative reports by Karen De Sa follows several earlier published exposes within the last 10 years. (Read America’s Overmedicated Children, 2005)

All of these reports confirm that children are being abused by psychiatrists in collusion with drug manufacturers; and the abuse is facilitated by state and federal government agencies. The Mercury News series is the most ambitious, extensively researched, in-depth report that focuses on the nation’s largest foster care system in the country.

Karen De Sa reports that in California’s foster care system one in 4 children are coerced into ingesting powerfully sedating psychotropic drugs that trigger severe, debilitating adverse effects. Psychiatrists are prescribing these highly toxic drugs for children, not to treat a severe mental illness for which were approved; they are prescribing the drugs as chemical restraints: “the evidence suggests that drug companies are disguising investments in the name of science to reward doctors who in turn boost the industry’s bottom line.” 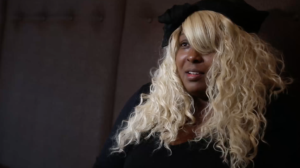 This series describes the suffering that children are forced to endure; how unscrupulous doctors are given free rein to wantonly prescribe toxic drugs in untested drug cocktails that include multiple antipsychotics for children. Their prescribing orders are not questioned, despite the documented evidence that they produce harm; despite the FDA-mandated “black box” warnings about the severe adverse effects of these drugs.

Tasia Wright, now 27 recalls her emotionally fragile childhood under the care of Dr. Eliot Moon, one of California’s highest prescribers of antipsychotic drugs for foster children —

Dr. Edmund Levin was so startled by “the magnitude and the exaggeration of the dosages” that he initiated a tapering off protocol at the Lincoln Child Center. However, the protocol is not publicized, as it might decrease drug sales and reduce profitability.

“I was blown away by the apparent irrational use of medications. One patient’s dose of sedatives was so high, the child was hallucinating, seeing “monstrous” spiders on the ceiling. Other kids were too doped up for him to even assess.”

They slept through school on antipsychotics, rocked incessantly back and forth on mood stabilizers, and raced around on too many stimulants. One of the first patients Levin saw at Lincoln was no more than 12 or 13. “He was on so much lithium, he was just shaking like crazy,” Levin said. “It was scary.”

How overprescribing happens
The progression from medication to overmedication is also surprisingly routine, said child psychiatrist Tony Stanton. At first, psych medications can stabilize moods and dangerous behaviors. Yet once the immediate crisis is over, foster children often remain on a high-dose pharmaceutical course that future doctors are reluctant to reverse.

The drugs “might stun them for a while,” said Stanton, who treated Bay Area foster children for 24 years. “But after two or three weeks they’d stop working.”

Then, if the child seems depressed, they add an antidepressant. “And when that got worse, they’d change the diagnosis — they’d say it’s actually bipolar,” Stanton said. “Then, if they said they heard a voice telling them they were bad or something, then they’d say: ‘Oh, they’re psychotic.’ Then an antipsychotic would be added.”

Aggressive behavior? A second antipsychotic may get added to the mix. “Usually in my report I’d say, if in fact any of this had been successful, the child should not be in our care,” said Stanton, whose San Leandro group home typically received the most difficult-to-place foster children. “So I think we can safely say this does not work.”

Stanton’s reports in recently published articles summing up his work with 450 children ages 5 through 13 are startling: Most children arrived at residential homes run by the Seneca Center for Children and Families on at least four or five — and as many as eight or nine — different psychotropic medications. One 9-year-old shuffled into a Seneca home on a medication dose that was 10 times the amount recommended for a psychotic adult.

“It’s a story I’ve gotten used to. I used to say when I saw kids walk in on eight or nine different medications that I was shocked and appalled — now I’m just appalled.” said Robin Randall, medical director of San Francisco’s Edgewood.”

George Stewart, a Berkeley child psychiatrist who has treated the neediest foster children in the Bay Area for the past four decades, said:

“To be prescribing these medications so extensively and so, I think, thoughtlessly, with so little evidence supporting their use, it’s just malpractice. It really is drugging them…the system is set up in a way that everyone is adding, adding, adding, and doesn’t allow for a space to safely take them off.”

The state official who oversees foster care, Department of Social Services Director Will Lightbourne, concedes drugs are overused, “There’s a lot of work to be done.”

Significant financial conflicts of interest distort prescribing psychiatrists’ professional judgment. Because nothing has been done to prosecute the unconscionable doctors the abuse of children under the guise of medical practice continues unabated! The investigation by The Mercury found that drug companies spent more than $14 million from 2010 to 2013 to woo the California doctors who treat captive and fragile children in foster care at taxpayers’ expense.

“A psychiatrist who oversees treatment at a Riverside County group home for troubled children is a self-proclaimed “spokesperson for pharmaceutical companies… A doctor training psychiatry residents at a San Diego children’s center once prescribed an antipsychotic to an out-of-control kindergartner. And a veteran Visalia child psychiatrist touts a drug approved to treat mania and schizophrenia as an effective “sleep aid.”

The limited prescription data obtained from Medi-Cal (July 2009 to July 2014) reveal how the state’s most prolific prescribers helped sustain a drug-dependent system. 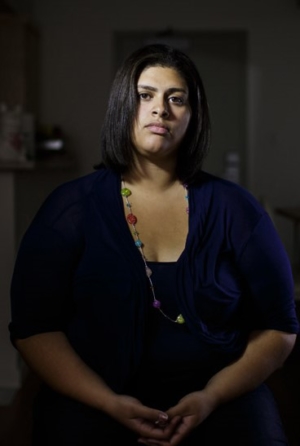 “Olivia Hernandez always trusted the doctors who scribbled out prescription after prescription for the heavy-duty psychiatric drugs that clouded her teenage years in foster care. Now, she feels “betrayed.”

Three of her former doctors are among a chosen group of California foster care prescribers who received gifts and payments for meals, travel, speaking and industry-sponsored research from the world’s biggest pharmaceutical companies.

The connection raises concerns that Hernandez and many other unsuspecting youth have been caught in the middle of a big-money alliance that could be helping to drive the rampant use of psychiatric medications in the state’s foster care system.” 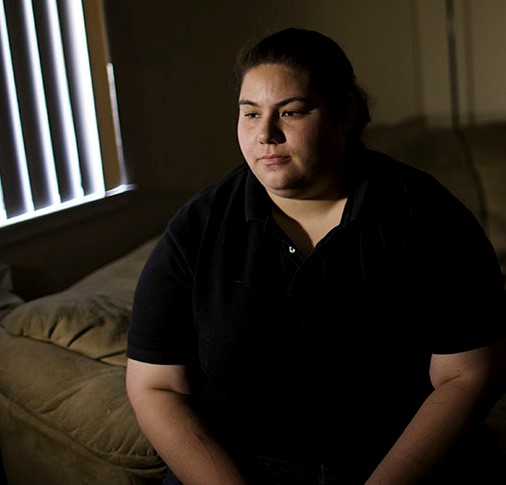 “Tisha Ortiz, a 23-year-old former foster youth now attending Cal State East Bay, has testified repeatedly before the Legislature about the impact of being heavily medicated throughout her childhood as she grew up in residential group homes.

An examination of her foster care health records, which she shared with this news organization, revealed the names of psychiatrists who were among the state’s highest prescribers of aggressive combinations of medication.

Among them was Riverside County psychiatrist Dr. Michael Ilas, who was Ortiz’s doctor when she was 15 and prescribed four medications, including lithium, used for bipolar patients; trazodone, used to treat major depressive disorder in adults but not approved for pediatric use; and the antipsychotics Abilify and Geodon. Ilas, who resorted to multiple antipsychotics for his foster care patients more than three times as often as the average doctor, declined to comment.

The combinations of these drugs left Ortiz “so zoned out I couldn’t understand what was going on around me.” Ortiz’s testimony has helped propel legislation through Sacramento that would identify doctors who prescribe psychotropic drugs inappropriately. State Sen. Mike McGuire’s Senate Bill 1174.

The series identified the worst of all conflicts of interest by psychiatrists who service children at group homes, and have financial ties to drug companies

“Dr. Eliot Moon, who treats foster children at Hillsides, a residential group home in Pasadena, also runs a firm out a storefront in the Riverside County city of Wildomar that conducts clinical trials sponsored by 13 pharmaceutical companies. Moon and his firm received more than $1.2 million from 2013 through 2015 from drug companies to conduct his research, according to the government’s website that discloses pharmaceutical company payments to doctors.

And Medi-Cal pharmacy records show he was the second-highest prescriber of multiple antipsychotics, using the combination on 46 foster children for more than 60 days in the five-year period examined.
Repeated interview requests to Moon by phone, email, certified letter and visits to his offices were not answered. His dual role as a prescriber and paid researcher is not unique.”

“used the riskiest drugs as regular treatment and often in dangerous combinations — Despite widespread concern over the use of antipsychotics on children, more than 100 doctors prescribed the drugs to at least 75 percent of their patients who received a psychiatric drug — more than double the average rate. And 56 prescribers gave two or more antipsychotics for more than 60 days to at least 11 of their patients.

Dr. Cynthia Hunt, a Monterey psychiatrist, was the most prolific prescriber of the lengthy regimen of multiple antipsychotics, resorting to the combination for 50 of her young patients, covering 7 percent of the foster children statewide who received a similar treatment plan. Pasadena psychiatrist Dr. Eliot Moon accounted for another 6 percent of the dual prescribing, according to the data.” 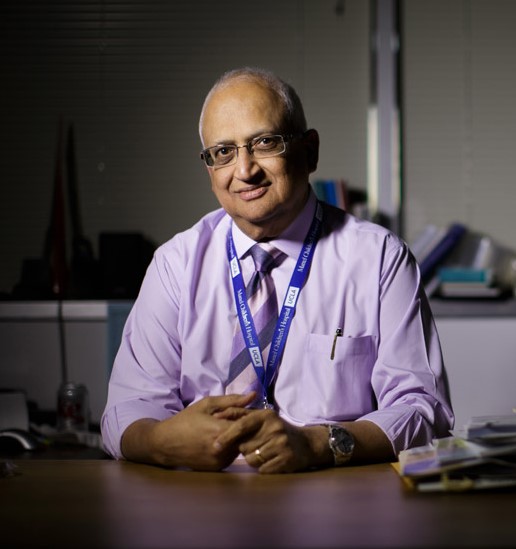 Dr. Raman Sankar, chief of pediatric neurology at UCLA defends doctors is quick to defend doctors who speak on behalf of pharmaceutical companies.

“There is nothing sinister about experts on specific topics giving talks,” said Sankar, who treats some foster youth at UCLA and in Kern County.

As a member of GlaxoSmithKline’s speakers bureau, Sankar received $75,000 from 2010 to 2013 to give talks on medications that treat pediatric epilepsy, his specialty.

“A lot of physicians rely on my expertise,” he said. “Doctors say to the sales reps, ‘I don’t want to hear from you, and cannot get comfortable with a new medication just from the package insert, but I would like to hear from Dr. Sankar.’ ”

The Mercury News series and testimony of former foster children has propelled legislative initiatives that would identify doctors who prescribe psychotropic drugs inappropriately. State Sen. Mike McGuire’s Senate Bill 1174 — which faces key votes in the Assembly and Senate this month — would for the first time establish routine monitoring of prescribers, and would alert the state medical board about individual physicians whose patterns warrant an investigation. 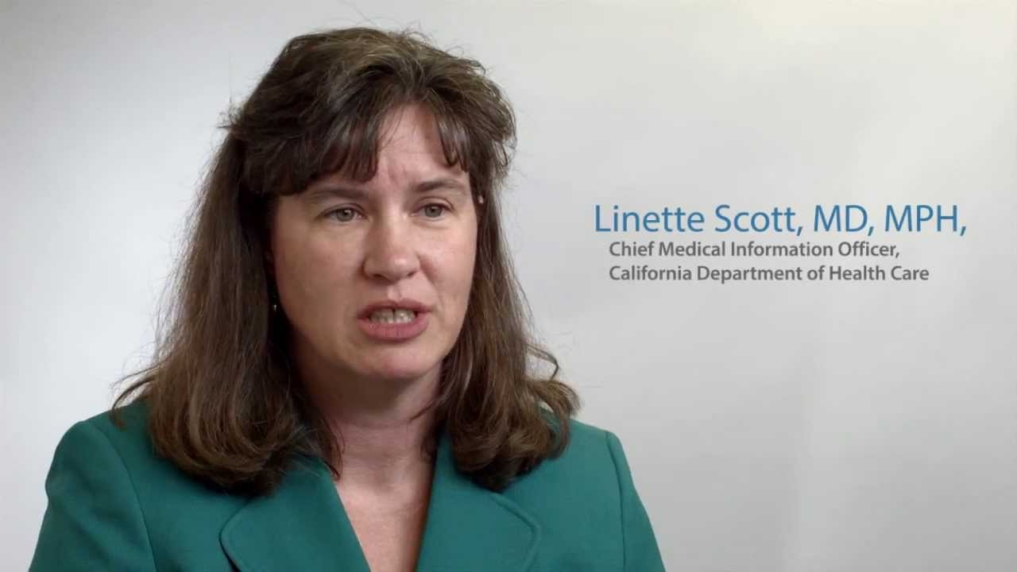 However, the powerful lobbyists for California psychiatrists who fiercely defend doctors’ treatment of foster children are delaying critical pieces of the legislative reform package. They are joined by Dr. Linette Scott, chief medical information officer for the state Department of Health Care Services who defends psychiatrists’ outlandish prescribing practices. She made the implausible argument that: “specialists will prescribe the medications that are used more rarely and carry additional risk.”

These drug pushers’ influence  must not prevail!

Read the entire Mercury News series. It should have received the Pulitzer Prize for investigative reporting. Unfortunately, those who select the articles that win the Pulitzer are not immune from pharmaceutical corporate influence. Thus, a powerful investigative series that indicts the powerful medico-pharma-government triad doesn’t stand a chance.