Will this begin to liberate the vaccination narrative from the stranglehold of its powerful stakeholders?

Professor Henri Joyeux had expressed criticism of the newly added multi-virus vaccine, Infanrix Hexa to the French childhood vaccination schedule, as well  the HPV vaccine — both manufactured by GlaxoSmithKline. Both are at the center of controversy because of the documented, severe adverse effects linked to these vaccines.

Following the National  Disciplinary Chamber ‘s overthrow of  a local medical disciplinary chamber which  had declared Dr. Joyeux guilty of “endangering public health”,  Dr. Joyeux exclaimed with joy:  “I am not expelled, I bear no blame. It is saying what? It is saying I am right! “

In a blow to the medical absolutism  of the government of President Macron France’s governing medical body “the National Disciplinary Chamber” have overturned  a decision by the Disciplinary Chamber Languedoc-Roussillon to expel Prof Joyeux from medical practice. The original finding had denounced him for his criticisms of vaccination and being the initiator of an online petition against the use of GSK’s vaccine Infanrix Hexa, a hexavalent which includes a Hepatitis B component – also recently been introduced in the United Kingdom –  despite the fact that infants are rarely at risk from Hep B. Hep B vaccination had previously been excluded from the French infant schedule after having been found to be associated with multiple-sclerosis. The petition, which was widely relayed on social networks and still online, has been signed by more than 1.1 million people.

Dr. Joyeux, who is well known on French TV, criticised the presence in Infanrix Hexa of “aluminum and formaldehyde” as two “dangerous or very dangerous substances”. The President of the National Council of the Order of Physicians, Patrick Bouet  had previously censured Joyeux for  “dangerous talk”, and for “statements not supported by scientific evidence which undermine the profession“. The National Disciplinary Chamber, on the other hand, found that Joyeux’s views belonged within the context of an existing and legitimate scientific debate.

In 2017 Prof Joyeux gave a presentation with Nobel prize winner Prof Luc Montagnier. On that occasion Montagnier stated:” We risk poisoning little by little all the population which succeeds us, the children, the babies” and Joyeux remarked: “We are entering into a kind of vaccine dictatorship”.

Article 1: “The decision of the Disciplinary Chamber of first instance of Languedoc-Roussillon of the Order of Doctors, dated July 8, 2016, imposing the sanction of the cancellation of the order of the order to Prof Joyeux, is canceled” .

Article 2: “The complaint filed by the National Council of the Order of Physicians against Prof Joyeux is rejected”.

This is the decision that has just been rendered the decision that has just made the National Disciplinary Chamber after the hearing of Prof Henri Joyeux on May 24 to which the Order criticized two petitions on the dangers of vaccination, one against mandatory vaccination against HPV recommended by the High Council for Public Health (HCSP), the other for the return to market of trivalent vaccine DTP.

The board found that “in the context of the scientific debate and controversy surrounding the HPV vaccine and the unavailability of the DTP vaccine to which these petitions related and the principle of freedom of expression, the appeals Professor Joyeux and the arguments he developed did not disregard medical ethics, in particular the obligations to exercise probity and prudence and to be concerned about the repercussions of his remarks to the public “.

Regarding the petition for vaccination against HPV, the board stated that “since it was a measure proposed by an advisory body and not a measure decided by a competent authority to do so, that the demonstration of his disagreement by Professor Joyeux could not be considered as a breach of the obligation on the doctor to assist the said authorities with a view to the protection of health and health education (Article R. 4127-12 of the Code public health) “. The board also considers that the text of the petition “consisted of a documented and verifiable set of scientific data on the partial ineffectiveness of the vaccine as well as its adverse effects and the positions that would have been taken by other countries and practitioners. about this question “.

With regard to certain “statements” and “strong affirmations” statements contained in this petition, the Chamber finds that they do not exceed “the principle of freedom of expression, including in a context of public distrust of the public. immunizations “.

Corroborated by the State Council

As for the second petition on the DTP vaccine, the Chamber notes that the statements contained in the text are “corroborated by the decision of the Conseil d’État of 8 February 2017 enjoining the Minister of Health to take the necessary measures to ensure that put on the market a vaccine containing the only three mandatory vaccinations (diphtheria, tetanus and polio). The board also notes that comments about the effects of multiple-valence vaccines, the toxicity of aluminum as an adjuvant and the dangerousness of the hepatitis B vaccine, “have been the subject of much controversy for many years” and that if the arguments put forward by Pr Joyeux “are certainly partial and simplified” but “only reflect the points of view of certain scientists in this debate”.

These two petitions have, according to the disciplinary chamber, breached the ethical obligations… 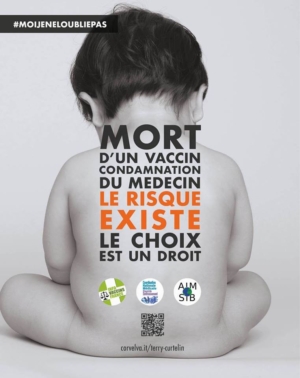