Silencing honest doctors and scientists who identify harm-producing medical interventions that had been adopted on the basis of flawed research methods, has become a pervasive pattern in medicine; especially in public health where the government has an interest in promoting a treatment, an intervention, or practice guidelines.

A recent example of high level public health officials abusing their administrative authority is the attempt by the Director of the National Institutes of Health (NIH), Dr. Francis Collins and his Principal Deputy Director, Lawrence Tabak, DDS, PhD, who is also the NIH Deputy Ethics Counselor. They sought to prevent two senior NIH scientists in the Critical Care division of the NIH from providing information to the federal oversight agency, the Office of Human Research Protection (OHRP), about a current unethical NIH-sponsored experimental trial that increased the risk of death for critically ill patients enrolled in the trial.

The trial, known as CLOVERS (Crystalloid Liberal or Vasopressors Early Resuscitation in Sepsis), will involve 2,320 critically ill patients with sepsis, a bloodstream infection which is often lethal. In 2014, there were an estimated 1.7 million hospitalizations and 270,000 deaths from sepsis infections.[i] [JAMA, 2019] NIH classifies the trial as “comparative effectiveness research”; it compares liberal use of fluids versus early use of drugs to support blood pressure in patients with sepsis. This trial is being conducted at 48 hospitals in the U.S. and is scheduled to be completed in 2021.

When Dr. Natanson and Dr. Eichacker raised safety concerns about CLOVERS within NIH in 2018, they were stonewalled. So, they took their concerns to Public Citizen, which reached the same conclusion as the NIH scientists namely; that the CLOVERS trial will “predictably [ ] expose many subjects to dangerous deviations from critical care.”

Pubic Citizen sent a letter to OHRP, calling for “a Halt to Unethical, Reckless Sepsis Clinical Trial Funded by NIH. The OHRP initiated a review of the conduct of CLOVERS, and its investigators sought to interview Drs. Natanson and Eichacker. The NIH Director’s office forbade the scientists to discuss the safety problems they had evaluated.

This instance of muzzling scientists was first reported by Thomas Burton of The Wall Street Journal on April 28, 2019: “NIH Blocks Two Doctors From Speaking Out to Investigators.” When the journal SCIENCE requested an interview with the scientists, Charles Natanson, MD and Peter Eichacher, MD, NIH refused to grant permission. The Director of NIH and his Deputy violated the First Amendment which protects Academic freedom for employees of public academic institutions. Indeed, the Council of the Assembly of 24 senior NIH scientists objected to the agency’s muzzling effort and declared its support of the scientists’ right to speak. 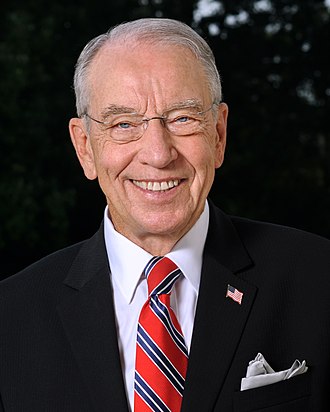 The WSJ article aroused the ire of Senator Chuck Grassley, who has a long record of supporting government transparency and shielding whistleblowers. He issued a press release which read the riot act to Dr. Collins:

“I’m deeply concerned about the initial attempts to silence these doctors by the National Institutes of Health. Secrecy is the enemy of good government. If there are any indications that patients participating in a taxpayer-funded clinical trial may be injured or harmed, those concerns must be brought to the forefront and addressed. I urge Director Francis Collins and his agency to take these and any similar red flags seriously at the first step to ensure the safety of patients and the integrity of the trial.”

Following Sen. Grassley’s press release, NIH lifted its command silencing Drs. Natanson and Eichacker.
Unfortunately, Sen. Grassley cannot be expected to come to the rescue in each case of government censorship of scientists.